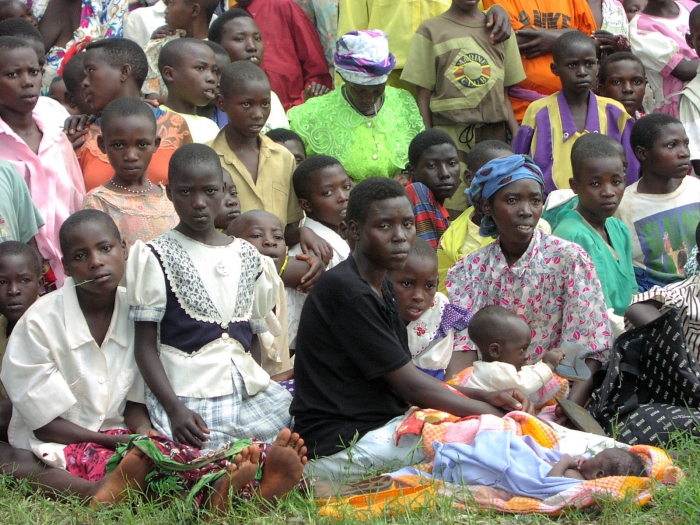 KAMPALA/JOHANNESBURG, 12 July 2013 (IRIN) - The future of tens of thousands of Rwandan refugees living in Africa remains uncertain nearly two weeks after the 30 June deadline recommended by the UN Refugee Agency (UNHCR) for the discontinuation of their refugee status.

UNHCR has recommended countries invoke the “ceased circumstances” clause for Rwandans who fled their country between 1959 and 1998. The cessation clause forms part of the 1951 Refugee Convention and can be applied when fundamental and durable changes in a refugee’s country of origin, such that they no longer have a well-founded fear of persecution, remove the need for international protection. Both UNHCR and the Rwandan government have pointed out that since the end of the civil war and the 1994 genocide, Rwanda has been peaceful, and more than three million exiled Rwandans have returned home.

However, many of the estimated 100,000 Rwandans who continue to live outside the country - mainly in eastern, central and southern Africa - remain unwilling to repatriate, citing fear of persecution by the government. Refugee rights organizations have also warned that human rights abuses by the current government have caused a continued exodus of Rwandan asylum seekers.

“We have been told time and again that Rwanda is safe and there might be some truth in that. However, one wonders why the call for cessation is happening while there are still people who are seeking asylum,” Dismas Nkunda, co-director of the International Refugee Rights Initiative, told IRIN.

So far only four countries in Africa - Malawi, the Republic of Congo, Zambia and Zimbabwe - have followed UNHCR’s recommendation to invoke the cessation clause, a fact that, according to Nkunda, “speaks volumes” about how different African countries view this group’s need for protection.

In an article in the July issue of a newsletter produced by the Fahamu Refugee Programme, a refugee legal aid group, John Cacharani and Guillaume Cliche-Rivard accused UNHCR of pressuring states to follow its recommendation, “holding hostage the fate of more than 100,000 Rwandan refugees who, of their own volition, have decided not to repatriate, yet continue to fear the end of their international protection.”

But in response to questions from IRIN, Clementine Nkweta-Salami, UNHCR regional representative for southern Africa, emphasized, “It is the responsibility and prerogative of states to declare the cessation of refugee status.” She said UNHCR’s role was only to make a recommendation based on its analysis of conditions in the country of origin and how they relate to the refugees’ reasons for flight.

That only four states had agreed to implement cessation as of 30 June did not in any way indicate that UNHCR’s recommendation was premature, she insisted. At an April 2013 meeting of host states held in Pretoria, “some states underscored that, for various legal, logistical, practical or other considerations, they are not in a position to apply the cessation clauses by 30 June 2013. Others have specified that, for the time being, they will concentrate on taking forward other components of the [comprehensive durable solutions] strategy, namely voluntary repatriation and local integration”.

Meanwhile, Rwandan officials say the country is prepared to receive the refugees, and has developed a comprehensive plan to repatriate and reintegrate returnees. So far this year, an estimated 1,500 Rwandans have returned home following government-operated “go-and-see” programmes.

“The conditions that forced them to flee no longer exist,” Rwandan High Commissioner to Uganda, Maj Gen Frank Mugambagye, told IRIN. “The government has established three transit centres which are well equipped with shelter, education and health services. These people will be given packages for three months. We have mobilized the local authorities to receive and help them reintegrate into the communities.”

He added that for Rwandans seeking local integration in host countries rather than repatriation, the government will issue national identity cards and passports that will allow them to retain their nationality.

IRIN spoke to government officials and UNHCR representatives in several of the African countries that are hosting significant numbers of Rwandan refugees to find out how they are handling the cessation clause.

Although Malawi is among the countries said to be invoking the cessation clause, the process is still in its early stages. According to George Kuchio, UNCHR representative for Malawi, the first step of informing the 660 refugees covered by the clause of their right to apply for exemption has just been completed, and the government has yet to decide what options it will offer for local integration.

“If there are people who still have compelling reasons for not returning, they’ll be given the opportunity to have their say,” Kuchio told IRIN.

However, the principal secretary in the Ministry of Foreign Affairs and International Cooperation, Besten Chisamile, was quoted in the local media as saying, “The situation in Rwanda stabilized long ago, and there is every reason for the remaining ones [refugees] to return to their home. We are working with UNHCR on ensuring we repatriate them.”

Malawi is host to a further 500 Rwandan asylum seekers whose refugee status has yet to be determined but who are unlikely to be covered by the cessation clause.

In June, the Republic of Congo announced that it would invoke the cessation clause for the 8,404 Rwandan refugees it hosts. They will now have to choose between voluntary repatriation, naturalization or applying for exemption.

"Those who fail to choose one of these options will be subject to the laws pertaining to foreigners' entry, residence and departure," said Chantal Itoua Apoyolo, director of multilateral affairs in the Ministry of Foreign Affairs and Cooperation.

Juvenal Turatsinzé, 49, who is among 2,500 Rwandan refugees living in Loukolela, in the northern Cuvette region, said: "We've been worried since hearing about the loss of our status. We'd love to go back to Rwanda, but the conditions that would allow us to do that willingly are not yet in place.

"There are often arbitrary arrests in Rwanda. There is no freedom of expression, no democracy. We don’t think the time is right for voluntary repatriation... There are no security guarantees there."

He added, "I have already put in my request for naturalization as a Congolese citizen.”

Zambia hosts 6,000 Rwandan refugees, about 4,000 of whom are covered by the cessation clause. According to Peter Janssen, a senior protection officer with UNHCR, the majority of these have applied for exemption, but most have been rejected. “Officially their refugee status has ceased, but the government has made it known that there will be a possibility for people to acquire an alternative status,” said Janssen.

“That still needs to be fine-tuned, but it is positive because, until a while ago, it looked like people would be left without a status and have to return to Rwanda.”

Zimbabwe, which is also following the recommendation to invoke the cessation clause, is further along with the process.

Prior to 30 June, 72 cases comprising over 200 individuals who left their country before 1999 were identified as falling within the scope of the clause, out of about 800 Rwandan refugee and asylum seekers living in the country. Those unwilling to repatriate who qualify for local integration, either through marriage to a local or through employment in certain professions, such as lawyers, doctors and teachers, have been encouraged to apply for permanent residence or work permits. However, they cannot be issued permits until they are in possession of Rwandan passports, which the Rwandan government have yet to issue.

The majority who do not qualify for local integration but do not want to return home have already applied for exemption from the cessation clause. According to Ray Chikwanda, a national protection officer with UNHCR in Zimbabwe, only six out of the 60 cases that applied were successful. Those who were rejected have been encouraged to appeal.

“Our reading of the situation is that until there is a political consensus in the region [about invoking the cessation clause], these appeal decisions are unlikely to be released,” said Chikwanda.

Countries not invoking the clause

The government of the Democratic Republic of Congo (DRC) has said it will not immediately invoke the cessation clause for the estimated 47,500 Rwandan refugees it hosts, but will instead adopt a phased approach.

Rwandan refugees will first be identified, registered and asked if they want to return. Following a meeting in October, a repatriation plan will be drawn up. Julien Paluku, governor of North Kivu Province, where most of the Rwandan refugees have settled, told the Associated Press that refugees who do not want to return home will be allowed to apply either for a residence permit or for Congolese nationality, which may be granted on a case-by-case basis.

UNHCR has helped some 8,000 Rwandans return home from DRC since 2012 and says it will continue to assist with repatriation.

Out of 14,811 Rwandan refugees living in Uganda, about 4,100 individuals fall within the scope of the cessation clause. However, the government has not invoked cessation because ambiguities in the country’s Immigration Act and Constitution would hinder local integration - an alternative to voluntary repatriation that host states are supposed to make available as part of the comprehensive solutions strategy.

“The government of Uganda has declared that, pending the resolution of the [legal] ambiguities and the charting of a way forward towards implementing local integration and alternative legal status, they will not be invoking the ceased circumstances clause,” Esther Kiragu, UNHCR assistant representative for protection, told IRIN. “They will, however, announce a date for invocation in due course once the road map is clearly drawn.”

At a ministerial meeting convened by UNHCR in Pretoria in April 2013, South Africa’s Minister of Home Affairs Naledi Pandor said, “The position of the UNHCR in relation to Rwanda has created anguish and uncertainty among the refugee community in South Africa”, suggesting that much work remained to be done to clearly articulate the reasons for the clause being invoked.

The South African government has since informed UNHCR that it will conduct its own research into existing conditions in Rwanda and consult extensively with the local Rwandan community before making a decision on invoking the cessation clause.