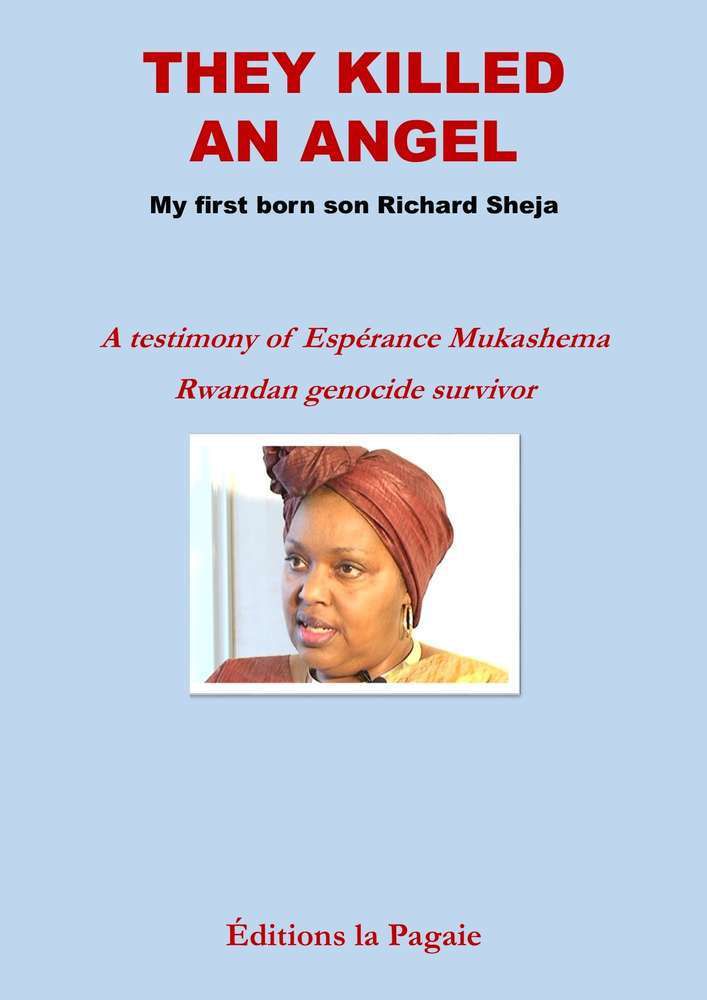 THEY KILLED AN ANGEL
My first born son Richard Sheja

"My name is Espérance Mukashema; I am a survivor of the 1994 Rwandan Genocide; I lost loved ones killed by the Interahamwe Hutu militias during the genocide targeting Tutsis.
My son Richard Sheja was born on 15 October 1985.
In April 1994, the Lord protected him from the Interahamwe evil killers, but unfortunately he would be taken from us by other murderers from the RPF.
His father had been killed by the Interahamwe Hutu militias, and Richard would be mercilessly murdered by the RPF Tutsi soldiers who were supposed to be ending the massacres against Tutsi.
As regards to my dealings with the RPF government following my return to Kigali after the war; I was never given the opportunity to get any form of justice or other legal recourse, given that it was they who had killed my son."