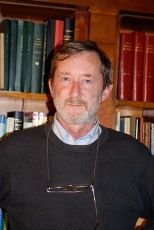 by Filip Reyntjens, University of Antwerp

As was to be expected, the documentary “Rwanda: The Untold Story”, first broadcast by BBC2 on October 1st, has caused considerable controversy. There was intense and heated debate on Twitter and Facebook; many statements for and against were issued by commentators and organisations. The arguments were predictable: those critical of or opposed to the Rwandan regime applauded the film, the Rwandan regime and those supporting it vehemently attacked the BBC. One of the problems with comments on both sides, as with many things Rwandan, is that two opposing truths emerge because both sides selectively use facts or even engage in outright lies. As it would not be practical to discuss all the interventions, I hope to demonstrate this using the example of a coherent and well-articulated attempt to argue against the documentary. “Rwanda: The Untold Story”: questions for the BBC by Andrew Wallis was first published on 6 October on opendemocracy.net and reprinted the next day in the Rwandan regime daily The New Times.

Wallis starts by quoting the ICTR stating that genocide took place in Rwanda in 1994, and that the majority of Tutsi were killed, a fact no one would deny. However, he then goes on claiming that the documentary “totally reattributes” this historical reality. Apart from a passage I will address in a moment, that is not what the film does. Wallis creates this confusion by stating that the film “pushes aside” scholarly research, witness interviews for the ICTR, and reports by international organisations and human rights groups, but he doesn’t clarify what these sources address and therefore what can be “pushed aside”.

I share Wallis’s concern about the claims made by Allan Stam and Christian Davenport. Although they have never published a scientific contribution on this issue and while they offer no verifiable substantiation, including on their website (genodynamics.weebly.com), Stam and Davenport state that, assuming one million people were killed during the genocide, 200,000 were Tutsi and 800,000 were Hutu (by the way, contrary to what Wallis states, they don’t claim that all those Hutu were killed by the RPF). There is no basis for these figures. In 1997, I myself found a death toll of about 1.1 million, around 600,000 Tutsi and around 500,000 Hutu, and these figures have never been seriously challenged (the figures published by the Rwandan government are factually impossible). While we know by whom and why the Tutsi were killed during the genocide, the cause of death of Hutu was much more complex, ranging from political to criminal to personal reasons, the cholera epidemic in the Goma region, as well as –yes– massacres by the RPF. The latter could well exceed 100,000, as claimed by Prunier, one of the academics mentioned by Wallis.

Rather than addressing substance, Wallis then goes on to claim that the documentary lacked balance and treated its viewers with “crushing tabloid accusations”, “pithy soundbites”, “sly insinuations” and “slo-mo shots of the Rwandan leader looking suitably diabolical”. It was reduced to a “good vs evil parody that left anyone with knowledge of the country and its history (…) with a feeling of frank disbelief and anger”. This is a strange claim as the RPF has in the past greatly benefited from the “good guys – bad guys” dichotomy, the RPF of course being the “good guys”. Also, I suppose that even Wallis will not argue that I am without knowledge of Rwanda and its history, and yet I would agree with much in the documentary which, to a large extent, reflects the findings in my latest book Political Governance in Post-Genocide Rwanda (Cambridge University Press, 2013).

On the shooting down of Habyarimana’s plane, I share Wallis’s surprise that only the Bruguière investigation is mentioned in the film, but not that of his successors Trévidic and Poux. He however wrongly claims that their report “showed clearly the missiles were fired from an area controlled by extremist Hutu units of the presidential guard”. Indeed there is no report by Trévidic and Poux, but just technical ballistic and acoustic reports that, together with numerous other pieces of evidence, were added to the file in January 2012. Had Trévidic and Poux found the evidence in those reports as compelling as Wallis seems to suggest, they would long have decided to close the case against the RPF suspects. The research done in 2008 by Cranfield University at the request of the Rwandan government did not “come to the same conclusion”. Actually it came to no conclusion at all on who may have downed the plane. Also contrary to what Wallis states, there is not just “a single RPF defector” who claims that the RPF is responsible. Only one is interviewed in the documentary, but several of them have affirmed this in a consistent fashion. Based on several impeccable Ugandan sources and other elements, I myself believe that the RPF downed the plane, but this is of course in need of (judicial) determination.

Wallis misrepresents me as “a long-term advisor to Habyarimana”. This character assassination is consistently used by the Rwandan regime and its supporters when they don’t have any substantive argument to oppose me. I don’t know whether Wallis believes this himself, but it is factually untrue. Quite the contrary, I have been a Habyarimana critic since the late 1970s and 1980s, a period when this was all but obvious. I’ve published critical articles on elections, detention on remand, prosecutions for attempt against state security and human rights abuse. I have asked Amnesty International to investigate Rwanda more seriously than it did. I have criticised the massive arrests of so-called RPF “accomplices” in late 1990 and have spent several months in Rwanda in early 1991 to contribute to their release. When I participated (by the way, together with a Tutsi lawyer) in writing a draft of the 1978 constitution, something that some now hold against me, this was the consequence of my critical comments on an earlier draft.

In the remainder of his text, Wallis attempts to discredit RPF defectors who are now critical of Kagame. They are “accused of”, “said to”, “alleged to”. The fact that they were convicted in absentia to long prison sentences seems to be taken by Wallis as proof of their guilt, while he could have asked questions about the use of courts in Rwanda to harass opponents. I should add that the fact that they now oppose Kagame doesn’t make them Saints in my eyes. Wallis terribly downplays the massive and systematic massacre of tens of thousands of civilian refugees in Zaire/DRC, trying to justify these crimes by claiming that the refugee camps were a security risk for Rwanda. This was undoubtedly true, but after dismantling the camps, the Rwandan army deployed search and destroy units specifically aimed at exterminating people that posed no military threat at all.

Much more could be said about the way in which Wallis criticises the BBC. I myself am not in full agreement with everything said in the programme, but in order to be credible the criticism must be based on facts and the emotion must not be selective. So when Wallis finds “factual inaccuracies, misleading generalisations and omissions” in the film, that characterisation would apply to his rebuttal as well.