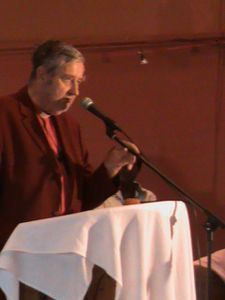 At an inter-ministerial meeting held in Pretoria on 18 April 2013, the Zambian Minister of Home Affairs offered local integration to Rwandan refugees under conditions of Zambian law because of ‘fear of persecution.’ The Government of Zambia offer was welcomed by Rwandan refugees, who up to that point had been offered only repatriation to Rwanda. The offer was in line with an earlier offer to give local integration to 10,000 Angolans who had lived many years in Zambia. Both offers were dependent on international donor assistance.

(b) By applying for a passport, Rwandan refugee applicants agree that Rwanda has made fundamental and durable changes to establish democracy, justice and peace in the country, thereby making refugee status no longer necessary. This despite the fact that the cessation clause does not apply to those who left the country after December 1998, making Rwanda a country still producing refugees who are recognised as such.

(c) Rwandan refugee applicants need to give the names of three relatives inside and three outside Rwanda, thereby making them open to surveillance by Rwandan state security.

(d) By acquiring Rwandan passports, former refugee applicants can no longer rely on the Geneva 1951 and AU 1969 Conventions for protection against forced repatriation.

The Rwandan Government evidently hoped that as Zambia had gone further than other countries with the process of implementing the Cessation through interviews, it would be the first to arrange for Rwandan Government passports to assist voluntary repatriation, and facilitate former Rwandan refugees’ local integration in Zambia. They held their first meeting with the Government of Zambia on 5 July, only five days after the Cessation. The Joint Communiqué declared the inter-Governmental meetings were friendly. Significantly the meeting between the Rwandan delegation and a small group of Rwandan refugee leaders from Lusaka and Meheba Refugee Settlement was a hostile one.

On 18 November a second delegation came to deal with passport applications. They held meetings with Zambian Government leaders, but not with former Rwandan refugees either in Lusaka or Meheba Refugee Settlement. There appeared to be a total boycott of planned meetings. It has been reported that of the 400 Rwandan heads of families in Lusaka, about 12 took Rwandan Government passport application forms. In Meheba Refugee Settlement of about 1200 heads of families, only one, a Rwandan married to an Angolan.  In Lusaka a peaceful demonstration of Rwandan refugee youth, many dressed in black, held placards which condemned Rwandan passports as a strategy for Rwandan RPF Government control. They said:

‘Passport is our death’,

‘Passport is for RPF which we escaped from’,

‘Agony is when people who want to kill you are now acting as saviour of today’,

‘We thank Zambian government for our home in Zambia’,

Rwandan former refugees show universal appreciation for the offer of local integration in Zambia, and welcome Zambian identity documents that would facilitate that. They show total opposition to any intervention by the RPF Rwandan Government from which they fled for fear of persecution.