Last Sunday on the 17th November 2013, Ikaze Iwacu informed its readers on how Uganda’s DMI moved Gen. Sultan Makenga from Kabale to Kampala, and this breaking news was confirmed by Uganda’s army spokesman Lt. Col. Paddy Ankunda to AFP news outlet on the 19th November 2013, this is a statement of our informers’ reliabilities. While the M23 is already buried the tentacles of Rwanda’s Satan Paul Kagame are still alive and breathing hell to Rwandans and the region. This week’s letter will be looking at the information and intrigue within the corridor of power at Village Urugwiro, where a group calling themselves Rwandans are continuing with their schemes to destroy the fabric of the Rwandan society.

Lieutenant Ivan Cyomoro’s case
While innocent Rwandans were being kidnapped to join the M23 terrorist organisation; Rwanda’s delusional ruler Paul Kagame was flying Cyomoro and other Abega young boys to South Korea for a short course on intelligence gathering and close body guard training. Lt. Cyomoro and his group left Kigali in the early days of October 2013 bound for an intensive two months training course; and our reliable source within Village urugwiro has told Ikaze Iwacu that these young boys will be returning to Kigali at the end of this month or early next month, but by the 2nd December 2013 they will all be in Kigali. LT Ivan Cyomoro on the right with his father and sister

As Rwandans were being annihilated last month at the hands of FARDC and MONUSCO; Rwanda’s delusional ruler Paul Kagame rather than sending these Abega boys to Congo, he instead sent his child and these boys for more military training at the hands of tax payers’ money. Rwanda’s selfish president does not care about anyone else as long it’s not his own blood; those whom Kagame sent to their deaths under the M23/RDF are considered worthless not to shed a single tear for.
Rwanda’s egoistic ruler is on the Course to first track his son into Commanding the presidential protection unit. Our reliable source has also told Ikaze Iwacu that Paul Kagame is planning to introduce Lt. Cyomoro next year to the public while wearing military fatigues, so that the public may get used to seeing Cyomoro wearing military uniforms.
Ugandan journalist Andrew Mwenda is the main publicist advising the Kagames on the issues regarding Cyomoro, as the Kagames consider these issues as being sensitive. It should be noted that Kagame was advised by Andrew Mwenda to not travel with Cyomoro to Toronto to face Rwandese and Congolese demonstrators; instead he stayed in New York with his mother and other siblings.
Rwanda’s illusionist ruler assumes that Rwanda is his family property, and this illusionism has inclined due to RDF’s “generals” (Corporals) worshiping him due to fear. These generals are being treated like trash by Kagame and soon Lt. Cyomoro will be commanding and slapping these “generals” (Corporal).
The M23 Dollars
Report from Rwanda’s state house indicates that the RPF, especially Kagame and his killing boys are in state of panic. The money that was flowing through minerals from Congo since 1996 has now stopped as all RPF businesses and interests in the Congo have been stopped by the Congo government. That is why Rwanda’s currency has started to depreciate due to lack of dollars in the market and this has led to Rwanda’s central bank to inject dollars in the market.
Rwanda’s erratic ruler Paul Kagame is now wondering how he will raise money for his intelligence thugs as for the last 17 years the money used for his evil intelligence operations was coming from Congo. Kagame has instructed Jack Nziza to stop paying his Intore thugs in Europe and America, that is why of recently all Intores’ in these two continents have gone quite as there is no money coming from respective embassies to give them.
To cut cost, Jack Nziza has restructured his spy network by giving the financial control of all the spies in main Europe to his brother in law Joseph Uwamungu. All embassy spies in Europe report to this drunkard man who is in charge of analysing all the intelligence information and signing for the money to be run for intelligence operations in Europe main; in case of  United Kingdom Jimmy Uwizeye still has an exclusive open budget to use in tracking Kagame’s perceived enemies or opponents.
The lost of the eastern Congo control is having a drastic effect to the killing machines in Kigali; Rwanda’s ignorant ruler believes that political issues should be solved through assassinations, killings and incarceration, and now he is in a panic as to how is going to fund all these dirty operations. Our informer told Ikaze Iwacu that he will soon start to use his family money or RPF savings to fund his blood thirst intelligence operations against political opponents.
The ill money obtained from Congo has also been used by the RPF regime to promote the image of Paul Kagame in the west. Paul Kagame has spent millions in hiring western Public Relations firms to promote his image as the most efficient and democratic leader in Africa. It’s the same money he has used to cosy and create friends within the U.N and America. He has been using this money from blood gold in the Congo to pay for allowances, flights, hotels and gifts for his presidential advisory Council (PAC) members.
A sick man’s greedy
While the majority of Rwandans are leaving in adherent poverty with increased prices of commodities; Rwanda’s evil dictator is shipping stolen money from the national coffers to different banks around the world. These thieves are using RPF controlled banks to launder their ill gotten money around the world. They are mainly using Bank of Kigali, I&M bank formerly known as Commercial Bank of Rwanda (BCR), the Kenya Commercial Bank branch in Rwanda and Crane Bank branch in Rwanda; all these banks are being manipulated in the transfer of money to foreign banks around the world. In Ikaze Iwacu’s previous articles we mentioned of gold digger Jeannette Kagame’s constant secretive visits to China; our reliable informer within village Urugwiro has informed Ikaze Iwacu that the Kagames have accounts in China CITIC bank, Exim Bank and China construction Bank that works with Paul Kagame’s construction firms, all these banks accounts in China are under their nephews’ names. Mr Hatari Sekoko a former trusted Kagame driver and escort has also opened different accounts for the Kagames like the account at Habib int. bank in Qatar.
Reliable information also indicate that in 2011 professor thief, Nshuti Manasseh and Hatari Sekoko travelled to Panama and opened bank accounts with Banco Agricola and Banco Corficolombiana; these men travel also to Brazil to open accounts with different banks. Prof. Nshuti Manasseh is Paul Kagame’s advisor on money laundering with the help of a Nigerian mafia group that used to advise the former president of Nigeria General Sani Abacha.
These thieves also opened a bank account in Greece to be used by clients that hire Kagame’s planes and they opened the account with Finans bank and they also have accounts in Turkey as Kagame’s clients sometimes use Turland Bank in Turkey to pay for the hire of the planes. Now in Rwanda Hatari Sekoko is the richest man, but all Rwandans know that this man owns nothing, he is just one of Dictator Paul Kagame’s foreman in the underground business. The most hurting and disappointing episode in the history of Rwanda is to see thieves; assassins, killers and butchers stand in front of the population and educating them the concept of  « Ndi umunyarwanda ». These just shows how the RPF and its pathetic ruler have gone far in taking Rwandans for granted. Rwanda is run by a physiologically disturbed man who is obsessed with deceit, lies, greedy, and his serialised killings.
Paul Kagame’s 2017 nightmare
Rwanda’s dictator for months is being caught between the issues of changing the constitution in order to stand as a president for another mandate or leave the presidency for his wife. The international community are advising Dictator Paul Kagame to uphold the constitution and hand over power at the end of his mandate. Paul Kagame’s friends like Tony Blair and Bill Clinton have also advised him to respect the constitution.
Despite of all this pressure from the west; Paul Kagame is leaning towards changing the constitution and standing for 2017 elections. In the past few weeks there have been constant meetings at Village Urugwiro towards this project. The RPF has already planned towards the constitutional amendment changes to be held next year and this will allow once again the RPF to fiddle with the Rwandan Constitution.
Dear Rwandans the Country is heading into total hell, the Kagames are rounding up every one that opposes to their devilish ideas. They have turned Rwanda into a zombie land, were cabinet ministers, members of parliament and senators; have turned into brainless zombies.
Rwanda’s Special Forces
After the defeat of Dictator Paul Kagame’s RDF/M23 bandits, the defeated forces especially members of Rwanda’s Special Forces were taken to Nasho training camp for retraining. A distraught Paul Kagame instructed Jack Nziza to send the defeated special force back for re-training. Jack Nziza had to hire serious instructors from Ethiopia to come and retrain this battalion. It’s important to Inform Ikaze Iwacu readers that these forces where initially trained by Americans and some members were sent to Israel and South Korea for Special Forces’ courses. The idea of retraining them with the help of Ethiopian instructors’ just shows how delusional Kagame and his bull dog Jack Nziza are!
From the 11th October 2013, the Special Force members that were defeated in Congo; were transported to Nasho training ground where they are going through total punishment rather than training.  A senior RDF officer told Ikaze Iwacu that “these Special Force boys are undergoing punishment and military torture rather than re-training; but what Kagame doesn’t put in his mind is that no one is willing to die for him, as soldiers are tired of his wars.”
This senior RDF officer continued to inform Ikaze Iwacu that “Kagame is trying to turn Special Force members into brainless individuals, that don’t think; mare machines that are programmed to die for him.”
Ndi umunyarwanda Project
Rwanda’s thieving ruler Paul Kagame has instructed his close aids headed by Ines Mpambara to come up with a project report proposal on how to use Ndi Umunyarwanda project to attain Aid from the international community. In RPF’s plans everything is about controlling the population, humiliation, killings and how to enrich themselves through deceit and lies. 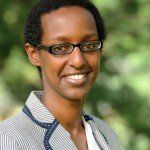 Not only is Paul Kagame trying to humiliate and control the Hutu population through Ndi Umunyarwanda project; but he is also planning to use the project to receive aid and support within the international community. The RPF is planning to sell this evil project to the international community as part of a reconciliation process, they have set a Public Relation’s team within the RPF secretariat to sell and ask for monitory support to advance this heinous project of Ndi Umunyarwanda.

Conclusion
Judith Sherven in his book “the new intimacy” stated that “the belief that there is only one truth and that oneself is in possession of it seems to me the deepest root of all evil that is in the world.” This statement is true in relation to Rwanda Dictator Paul Kagame who assumes that he is the only person with legitimate reasoning, truth and ideas. But Rwandans are watching all his economic and human right crimes; it’s a matter of time before Rwandans strike against his brutal regime.