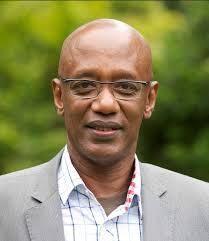 President Paul Kagame launched Rwanda Vision 2020 in the year 2000 with the objective of turning Rwandan into a middle-income economy in a single generation. In 2013, he claimed mission accomplished. That is when Kagame declared that Rwanda was already an African economic lion. And in 2019, the Rwandan head of state proclaimed Rwanda’s social and economic performance globally unequalled and that he had achieved 85 percent of the Rwanda Vision 2020 objectives. But in Rwanda’s Stillborn Middle-Income Economy, Kagame’s former senior advisor challenges this misguided narrative.

The book how Rwanda’s head of state, Paul Kagame, and his international backers, Bill Clinton, Tony Blair, Jim Yong Kim, and the World Bank failed to create prosperity in Rwanda, their claims to the contrary notwithstanding. Vision 2020, under which Rwanda was to become a middle-income economy, was a fiasco. Rwanda remains appallingly poor, unable to provide food security for its people. The book offers a lens into the Rwandan ruler’s manipulative power by examining a range of false or dubious proclamations and the myriad ways in which he misled the world into believing that he had turned Rwanda into a prosperous African nation. The book also reveals how Western politicians such as Clinton and Blair ruthlessly promote themselves while immorally benefiting from fighting poverty in countries such as Rwanda. Clinton and Blair need Kagame, just as Kagame needs them. They are in mutually beneficial relationships of opportunism and greed in which poverty is a valuable commodity.