Once criminal Paul Kagame told his selfish parliamentarian that, “I will smash the opposition with the hammer and crush them.” Once Paul Kagame talks about something, he will always follow on it. Once criminal Kagame says that he will kill you, he will make sure that you’re dead. The criminal has now got his target again. 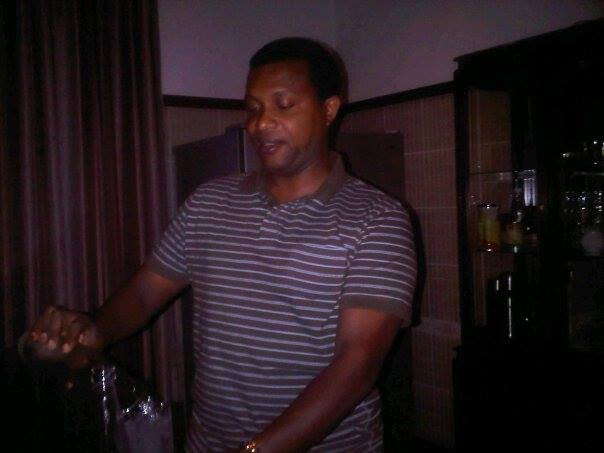 After getting the news from South Africa on the death of Col. Patrick Karegeya, Ikaze Iwacu decided to start an investigation by contacting its informers within Village Urugwiro and DMI. The investigation was not to confirm that criminal Paul Kagame killed Col. Patrick Karegeya, as everyone knows that he ordered the killing. But to identify the Killing squad that went to South Africa to carry out this heinous mission.


Names of the killing squad that went to South Africa

Ikaze Iwacu hasn’t come up with the above names; these names were given to Ikaze Iwacu by its informers. Readers may doubt our information; reliable informers within DMI have told Ikaze Iwacu that the above names have been holding clandestine meetings in Gikondo at a house that was formerly owned by Kabuga Felicien; top level meetings were always conducted by killer Jack Nziza and on the 20th December 2013 even Kagame personally attended this meeting at 2PM. As the meetings were always conducted in the middle of the nights.


Ikaze Iwacu informers stated “that it was unfortunately that we did not know that they were planning to kill Karegeya. Usually these meetings at this location are usually held before kidnappings on opposition members in Uganda, Kagame attending this meeting is assign that they were aiming a high target.”
This informer continued to tell Ikaze Iwacu that before the abduction of Lt. Joel Mutabazi there were also similar meetings taking place at this house in Gikondo that was formerly owned by Kabuga Felicien. Ikaze Iwacu readers should know that the operation to kidnap Lt. Joel Mutabazi was personally supervised by Killer Jack Nziza and conducted by Col. Franco Rutagengwa, Lt Col. Burabyo James and Lt. Col. Francis Gakwerere.
Who is Apollo Ismail Kiririsi?
Apollo Kiririsi is a son of the late Hadji Kiririsi; those who know this family have told Ikaze Iwacu that Appllo’s father Hadji Kiririsi was a honourable man, hard working and loved by all the Muslim community in Rwanda and the region like in Burundi and in the City of Goma. The son Apollo Kiririsi is the opposite of his father, he is a conman that he even grabbed all the wealth left by his late father without sharing with his siblings.


Apollo Kiririsi is not a normal person, those who know him say that he speaks fluent Kinyarwanda, Swahili, Arabic, French, English, Russian and some Lingala and Luganda. He has lived in Egypt, Kuwait, Russia and Europe. He was also imprisoned in England for Drug trafficking. Apollo Kiririsi had also dealings with the CDD-FDD rebellion in Burundi as he was their channel of conduct for weapons and it was due to arms dealings with CDD-FDD that he was briefly imprisoned in 2002 in Rwanda.

As Gasigwa Norbert stated in his Ikaze Iwacu article that Apollo Kiririsi was also involved in human smuggling; where he transported many men and women in Europe and America. Reliable informers have told Ikaze Iwacu that between 1997 to 2002; more than 70% of people that came to Europe and America were helped by Apollo Kiririsi. As one Rwandan in Holland told Ikaze Iwacu that “My parents paid Apollo 2000 dollars to bring me to Holland through Moscow.”
On this fate full day Col. Patrick Karegeya had gone to meet Apollo Kirisisi as usual, since Patrick Karegeya was always in contact with this man as one of his informers in Rwanda. As an external intelligence officer Col. Patrick Karegeya had recruited this man as his informer in the region. When Patrick Karegeya wanted to meet this man he never used to visit him with escorts as Apollo Kiririsi always wanted his meetings with Karegeya to be kept as a secret.
http://ikazeiwacu.unblog.fr/2014/01/02/afrika-yepfo-col-patrick-karegeya-yahotowe-nuwahoze-ari-umukozi-we/


Why the above criminals?
Ikaze Iwacu asked its contacts in DMI why they suspect the above names to have been involved in the assassination of Patrick Karegeya. Our informers have told Ikaze Iwacu that on the 22nd December 2013, a group led by Brig. Gen. Faustin Kalisa, Maj. Matungo and Captain Tuyisenge left Rwanda a board Kenya air ways to Lilongwe and then to Mozambique. These men weren’t in Kigali during Christmas period as they had travel outside Rwanda.
The second group left Rwanda on the 26th December 2013; it was led by Col. Francis Mutiganda that involved Lt. Col. Francis Gakwerere, Lt. Col. Charles Shema and Col. Francis Mutiganda. This group left Rwanda a board Ethiopian air ways to Lusaka Zambia. Ikaze Iwacu would like to remind its readers that Lt. Col. Francis Gakwerere is the person who led the attempted assassination on Gen. Kayumba Nyamwasa and the brain behind the assassination of Mzee Laurent Kabila as he was his former escort before being sent out of Congo, when Mzee Laurent Kabila told Rwandans to return to their country.
Ikaze Iwacu asked its informers why they suspected that these men and this is their reply

However these informers have confirmed with Ikaze Iwacu that Apollo Ismail Kiririsi was not among the people who used to attend the Gikondo meeting.
Rwandans should know that Kagame’s external intelligence uses Ugandan passports and of recently they have started using Congo Brazzaville passports and Nigerian passports obtain by the Nigerian mafias with the help of Mr Joseph Habeniza, Rwanda’s ambassador to Nigeria.
The relationship between Apollo Kiririsi and Jack Nziza
Ikaze Iwacu tried to ask its informers if they know whether there is a working relationship between Apollo and criminal Jack; one of the informers told Ikaze Iwacu that initially they did not know each other, but after the release from 1930 prison Apollo Kiririsi was introduced to Jack Nziza by Sheikh Saleh Harerimana who is an internal DMI agent for Jack Nziza; and from then they would meet but, we in the DMI thought he was running business dealings with JacK Nziza as Apollo is always in Dubai. 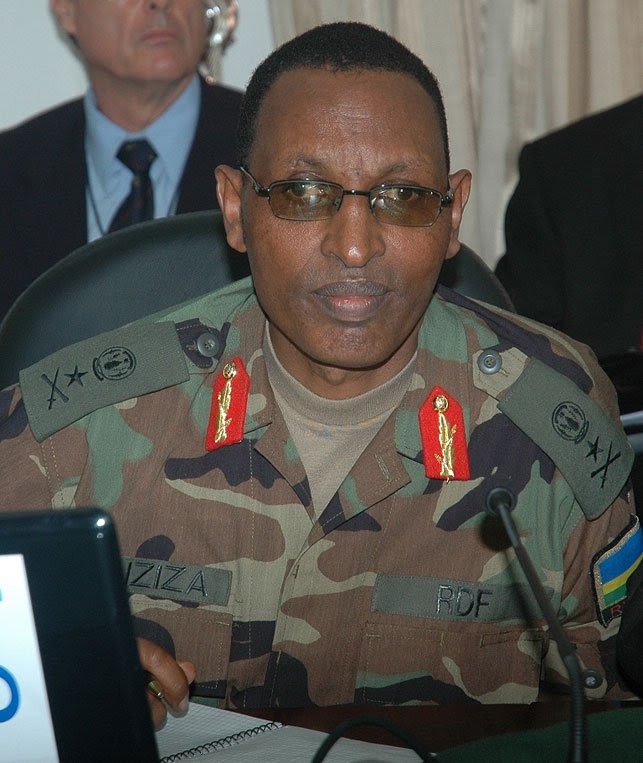 Here in DMI we are shocked at how easy col. Karegeya was able to trust this man knowing his history as a street crook. The DMI informer continued to say that “the problem of being in intelligence work is that you become obsessed with information. Karegeya was obsessed with knowing information about Kagame and the RPF; and that was his weakness.”

The informer told Ikaze Iwacu that apart from the above names no one else knew about this plan, if the National Security Personnel had known about it trust me, we would have known it.  The DMI informer stated that “People like James Kabarebe, Karenzi Karake and Patrick Nyamvumba may not have known about it; it was an exclusive plan done by criminal Paul Kagame, his right hand dog Jack Nziza and the above named thugs.”
Rutembesa Didier’s movement in Kigali
Ikaze Iwacu readers should know that Rwanda’s chief spy in South Africa was in Rwanda, where he arrived early December; going back to Rwanda is not a problem but the people he met while he was in Rwanda. Ikaze Iwacu informer in village Urugwiro has testified that Didier was a regular night visitor in village Urugwuiro. 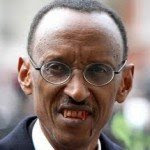 When Paul Kagame went to South Africa to pay his last respect to Nelson Mandela; Rutembesa Didier went back with Kagame on the same plane. It is even possible that criminal Paul Kagame may have used his plane to transport poison to South Africa, since his killing thug Rutembesa was also on this plane and the dictator. These embassy staffs are the people who provide logistic support to Jack Nziza’s thugs in their plans to eliminate political opponents.
The end of Apollo Kiririsi
Rwandans know how the RPF operates; they don’t like any one on the outside knowing too much. Kagame has turned his guns against those who know his secrets, and it is a matter of time before criminal Kagame eliminates Apollo Kiririsi.
Conclusion
All Ikaze Iwacu informers in the Rwandan security services confirmed that this group must have entered South Africa by road through the Mozambique- South Africa road. By the time Ikaze Iwacu went to press, these men were not yet in Rwanda. Kwame Nkrumah once said that “Those who assassinate others are, because they have failed to convince them. You can kill the body but you can’t kill the spirit of Ideology.”

For the Kagames they think that they will convince Rwandans by using death squads and his blood money. Rwandans are registering RPF’s killings and trust me, the time is soon coming for these thugs to pay up. The tragic consequences will be severe for Kagame’s thugs and Rwandans know who they are!! For the RPF’s criminal politician, Rwandans know who you are and you will one day pay for your crimes.
When we tell opposition leaders that the only way to remove criminal Kagame and his RPF bandits is through an armed struggle; we are usually rebuffed, called war mongers, FDLR sympathisers or haters of Rwanda. J.F. Kennedy once said that “Those who make a peaceful revolution impossible, will make a violent revolution inevitable.” Dear Rwandans the time is ripe to weed out RPF and all its criminals.
R.I.P Col Patrick Karegeya and Col Mamadou Moustafa Ndala; the Abega-Tutsi- Hima empire will be defeated at all Cost.