There are few things that unite Tony Blair, Gordon Brown and David Cameron, but one of them is Rwanda. All three are passionate advocates for Paul Kagame, who forced out the genocidal regime 15 years ago and has ruled the country ever since.

Blair is an adviser to the government, praising its leadership on a visit this month. Cameron invited Kagame to speak at his party conference. And Brown is leading calls for Rwanda to join the Commonwealth, which is likely to be confirmed this weekend.

There are many others in the West dazzled by Kagame, one of the world's most intriguing politicians. In America, his admirers include both Bill Clinton and George Bush, once again breaching the political divide. All praise Kagame's skill at overcoming the trauma of genocide and determination to make Rwanda the first middle-income country in Africa, pointing to impressive growth rates, improved public services, a perceived lack of corruption and an open business culture.

But should we be rushing to canonise Kagame and his cronies in Kigali? For there is another side to his nation's success that casts a darker shadow, one emerging in a series of blood-stained books, investigations and reports. These paint a picture of a repressive regime that has played on the conscience of the world to silence dissent, crush critics and devastate its neighbour in a conflict that has left more people dead than any war since the Second World War.

Take the story of Joseph Serbarenzi, recounted in his memoir God Sleeps in Rwanda. Like so many Tutsis, he suffered terribly in the 100 days of savagery that left close to a million dead. His parents, seven siblings and scores of relatives were hunted down and butchered by Hutu gangs. He fled to the Congo, returning after Kagame's rebel army ousted the genocidal government.

Sebarenzi was elected to parliament and became speaker. He sought to enhance the independence of parliament, with checks on the power of government, and spoke out about corruption. Three years later, fearing for his life, he fled his country a second time, joining a band of exiles who dared challenge the president, including Paul Rusesabagina, the hero of Hotel Rwanda.

A succession of reports by human rights groups have documented the suppression of dissent, said to be worsening as presidential elections loom next year. "Anyone who is a threat is eliminated by any means necessary," said one observer. They also highlighted the imposition of arbitrary justice, including life sentences in solitary confinement, and rigid controls on the media; Rwanda is ranked among the world's dozen worst countries for press freedom.

Officials claim they only silence those seeking to reopen the wounds of ethnic hatred. But the latest investigation, by the Commonwealth Human Rights Initiative, concluded that laws against "genocide ideology" have been used to suppress freedom of speech and "create a climate of fear in civil society". It said Kagame was using his power to give immunity to suspected human rights abusers and endorsed allegations that Rwanda is "an army within a state".

It also highlighted Rwanda's involvement in the eastern Congo, which it has invaded four times in 15 years, inflaming a conflict that has seen armies from nine countries battling for control, leaving the region in tatters. A report for the UN Security Council is expected to admit that its biggest peacekeeping mission has failed to prevent proxy armies plundering an area rich in gold, diamonds and coltan, with villages destroyed, mass rape and children kidnapped to continue the fight.

Kagame's supporters argue that Rwanda intervened to track down those behind the genocide, who fled into the Congo and remain active. But the extent of the threat is debatable, especially given the strength of the Rwandan army. And a series of new books by respected academics on both sides of the Atlantic have stripped away this defence, supporting UN evidence that Rwanda, a country with few natural resources, has systematically pursued Congo's wealth. They also raise uncomfortable questions about Tutsi dominance.

The reality is that a ruthless autocracy hides beneath the veneer of democracy in Rwanda. Its president believes that rigid control of the state can bring about such an economic transformation that historic divisions will become irrelevant. It is a bold vision. But in an unstable region where the Congo has been ripped apart, and where Burundi has suffered its own genocidal horrors between Tutsis and Hutus, this is a big gamble.

Rwanda's acceptance into the Commonwealth will mark another step in its transformation from a French-speaking victim of genocide to an English-speaking success story. But it raises big questions that are being ignored by British and American politicians as they pour in aid and forget the lessons of history in their search for a new African pin-up. 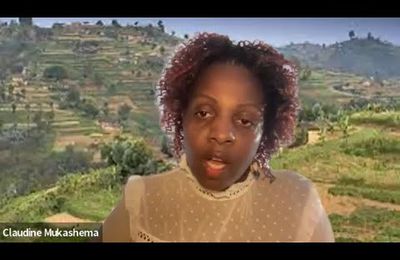