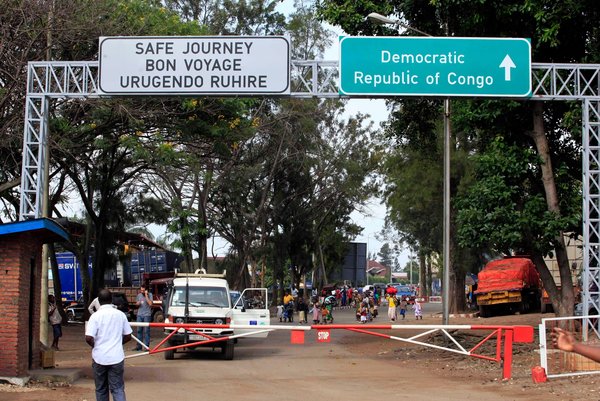 Displaced people approaching the border between the Democratic Republic of Congo and Rwanda in 2012.

Collective guilt over the genocide in 1994 has shaped the world’s relations with Rwanda ever since. Without question, the systematic killing of 800,000 people is one of the foremost historic blights of the last century. And the international community deserves blame for ignoring facts and avoiding action when intervention could have saved thousands.

But it’s time to take off the kid gloves when dealing with this tiny, landlocked country with outsized influence in East Africa. If there’s any hope of Rwanda winning truly lasting stability, it must change course and stop fueling conflicts across its borders.

The progress Rwanda has made since the genocide is nothing less than remarkable. Any visitor to Kigali today will immediately note the clean new streets. The capital is filled with new malls catering to the wealthy, restaurants offering panoramic views of the city and cafés brewing Rwanda’s own world-renowned coffee.

Over the last decade, Rwanda’s economy has averagedabove 8 percent growth per year, according to the I.M.F., and it is considered the best place in Africa to start a business, according to the World Bank’s latest rankings. Millions have been pulled out of poverty, people live more than 20 years longer than they did in the 1990s, maternal and child mortality rates have dropped dramatically, and health care coverage is nearly universal. When I was working with the U.S. Agency for International Development on health and economic projects in Rwanda, I couldn’t help but be impressed by how quickly the country was developing.

All of this has made Rwanda a darling of aid donors, and Rwandan leaders are deft at handling them. Officials feel at home at international summit meetings and President Paul Kagame — one of the most popular African leaders on Twitter — exudes confidence on the global stage.

This combination of international sympathy, impressive economic growth and political savvy has caused the United States, Britain and other powers to largely turn a blind eye to Kigali’s transgressions.

Simmering under the surface and threatening to explode after Kagame’s departure are ethnic and political tensions that now go mostly unaddressed. The hostility between Tutsis and Hutus is far from ended, and the governing system is entrenching one-man rule instead of building effective checks and balances. Progress is stunted by a lack of freedom, a repressive media environment, little protection for human rights and the sidelining of political opponents.

Nowhere is the need for international pressure on Rwanda to change its ways more evident than in Kigali’s stance toward its neighbor, the Democratic Republic of Congo. Many of the Hutu perpetrators of the 1994 genocide fled to eastern Congo after a Tutsi-led opposition army seized control of Rwanda. Looking to prevent any future threat to their rule, Kigali’s leaders have been active in the Congo ever since. While Rwandan interference is largely due to a longstanding ethnic rivalry and the desire to create a protective buffer along the border, control of the region’s mineral wealth is another key factor.

In April 2012, a rebel group with ties to Kigali launched a campaign to liberate Congo. The group, known as M23, briefly held the city of Goma next to the border with Rwanda. Despite an internationalpeace agreement in February, fighting flared again in May and July. Since the violence began, some 800,000 people have been displaced.

Rwanda’s meddling has been known for years, but public criticism is mounting. Last year, the United Nations accused Kigali of actively supporting M23, and last month Human Rights Watch warned that despite Kigali’s repeated denials the Rwandan military continues to support the rebels.

The crossing between Rwanda and Goma, the heart of the violence, is one of the starkest borders I’ve ever seen. Rwanda’s side has a man-made beach, a five-star hotel and beautifully paved roads; immediately across the border a potholed road leads to a land where the feeling of insecurity is palpable.

Rwanda cannot be blamed for all of Congo’s problems. This region has endured the world’s most deadly conflict since World War II, a war that left the country in ruins, its economic troubles and ethnic tensions compounded by inept and corrupt governance.

But Rwanda has come far enough to start acting differently toward Congo; it should work to ease that country’s problems rather than fuel them.

The United States, Britain and the rest of Rwanda’s supporters need to use their leverage — foreign funds make up around 40 percent of Kigali’s budget — to demand better behavior. They should forcefully and publicly condemn Kigali for its links to militant groups in Congo and its undemocratic tendencies at home. Although some countries froze assistance last year after allegations about Rwanda’s activity in Congo surfaced, more needs to be done.

Rwanda’s leaders recognize how critical it is to maintain international good will. They need to know that they risk losing more financial support. Further sanctions should be put on the table, along with additional incentives to reward good behavior.

The obvious concern, if Kigali doesn’t respond properly, is for the Rwandan people. The progress in health and economic well-being could be lost if the region spirals downward. The best way to exorcise the demons of Rwanda’s past is to minimize the risk of future turmoil. “Never again” must be the priority.

The Rwandan government deserves credit for making swift economic and political progress in the years since the 1994 genocide — progress that no one thought possible. But now Rwanda needs to become a more responsible regional actor, and deal forthrightly with the issues that threaten its future. The international community must put pressure on Kigali to do so.

David Kampf is director of communications at the Carnegie Endowment for International Peace. He worked on development projects in Rwanda from 2006 to 2008.

A version of this op-ed appeared in print on August 17, 2013, in The International Herald Tribune.