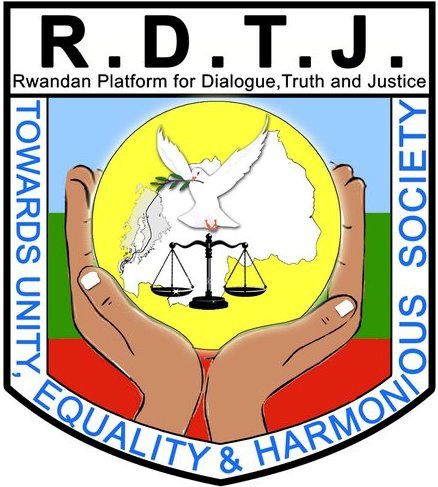 The RDTJ remains convinced that lasting peace in the Great Lakes region will come from an inclusive inter-Rwandan dialogue. The RDTJ supports the call made by President Kikwete, during a meeting on the side-lines of the African Union Summit in Addis Ababa, for Kagame regime to sit on the table of dialogue and negotiate with “Democratic Forces for the Liberation of Rwanda (FDLR)” as well as other opposition parties and, actually, wishes to call international community to support this initiative. This is one of means that can defeat the social division in Rwanda, superiority and ethnocentric as well as decentralisation of power in one ethnic group. This will enormously contribute to the sustainable peace and social progress in Rwanda, in particular, and Great Lakes region, in general.

This call was echoed by Belgium Prime Minister Didier Reynders as well as regional and international organisations, namely the Southern Africa Development Community (SADC) and the United Nations (UN).

Although this path of dialogue cannot be neither called nor expressed freely inside Rwanda due to the harsh regime on power which does not tolerate freedom of expression, the majority of Rwandans also have welcomed that peaceful way of solving problems.

The RDTJ applauds the brave decision of the FDLR to recognise the value of dialogue and to publicly declare in its Memorandum addressed to the Permanent Representative of France in the United Security Council, dated 02 November 2013 its political willingness to come to the table of dialogue with the ruling party, Rwandan Patriotic Front (RPF). This decision illustrates that the FDLR is determined to find a solution to Rwandan political problems through a peaceful means.

In reality, Rwanda has been characterised by political repression, social fragmentation, ethnic and armed conflict arising out of political competition between the main Rwandan ethnic groups : Hutu and Tutsi. Political and armed conflict have claimed millions of lives, harmed thousands, left many others with no option but to flee the country, and millions of survivors traumatised.

Since 1950s, there have been sporadic and horrible killings that always generated refugees. Today, Rwanda’s refugee problem has not been resolved. Instead of adopting dialogue and reconciliation, Rwandan government chose the route of eliminating the vocal refugees and asylum-seekers in the host countries. Yet, Rwandan political problems cannot be resolved by incarcerating, killing, and harassing all those who do not agree with Rwandan government, more precisely, opposition members. Peace, stability and development cannot be brought by oppressing and excluding Hutu community, on one hand, and suppressing Tutsi dissidents, on the other.

Rwanda will progress if we, as Rwandans, are willing to transcend ethnic division and political repression. Rwandans should share what they have, be it, political power or national resources, fairly and equitably. This can happen only through highly inclusive dialogue recently called by the FDLR. The issues related to development and governance should, henceforth, be open to free, inclusive, and intellectual debate. This will foster a free Rwandan society.

So far, Rwanda has known one and only inclusive dialogue that took place between 1992 and 1993, known as ‘Arusha Peace Agreement’ of 1993. The outcome of this dialogue was structured on five (5) pillars, namely, the establishment of the rule of law; power-sharing; repatriation and resettlement of refugees and internally displaced people; the integration of armed forces; and other miscellaneous provisions. However, this agreement was breached and disregarded by the RPF when it opted to assassinating former President Habyarimana, who has, at the time, started its implementation.

Ever since, the RPF have objected to any suggestion of dialogue. It has however employed its human and material resources to ensure that no dialogue occurs in the future by abolishing ethnicity in Rwanda (ethnicity is still used to achieve political objectives), abolishing national symbols, and banning opposition political parties (which the RPF alleged to be extremist or terrorist political parties). In addition, the RPF (mainly controlled by Tutsi minority) calls all Hutu (irrespective of their age) genocidaires, as President Paul Kagame expressed it many times in his speeches. In particular, Hutu politicians, activists, and liberation movements (such as FDLR, RNC, FDU-Inkingi) are called “terrorist groups.” A lot of energy has been spent on the campaign to forcefully repatriate refugees. The campaign revealed the RPF’s intent of the annihilation and suppression of all opponents in order to ensure absolute political and military control and, essentially, to consolidate power in the hands of the  minority group. The RPF vision goes beyond political life itself and, thus is aimed at its leaders’ power, glory, and happiness. In other words, it puts minority interest above national interest.

The RDTJ calls upon Rwandan government not to use ethnicity to achieve its political objectives, but to recognise that Rwanda is a tri-nation comprises of Hutu, Tutsi and Twa, who should, on equal footing, participate in the Rwandan affairs and, equally, enjoy the rights, privileges, benefits, and opportunities associated to citizenship. We, Hutu, Tutsi, and Twa, should join hand in hands and say “NO” to political and armed violence and build our nation, united in our diversity as proudly Rwandans. Dialogue and reconciliation has proved its meaningfulness in the countries, such as South Africa and Burundi. People live in harmony in these countries. In our country, we are calling each other names that seek to dehumanise and denigrate. For example, calling Hutus genocidaires and terrorists, which is an acceptable norm in Rwanda, seeks to foster social fragmentation and polarisation. It creates inferior and superior groups, which might result in liberation struggle from the bonds of Tutsi minority domination and oppression.

Hutu, Tutsi, and Twa are all Rwandan ethnic groups that are inherently created equal; they share the good and the bad; they are all victims and they are all survivors. In this context, they should move beyond the discourse and practice of excluding others on the construction of blame. Dialogue is an indispensable vehicle by which Rwandans can move beyond the current political impasse and thus pave the way for tomorrow Rwanda that accommodates all Rwandan children for everlasting peace. The RDTJ reiterates its support for the call for dialogue between Rwandan government and the FDLR as well as other opposition parties. The RDTJ’s most ardent desire is that our beloved country, Rwanda, will recapture its historic opportunity for a peaceful progress and that Rwanda will prove to the world that even the most complex situations can be solved by ‘A HIGHLY INCLUSIVE DIALOGUE’ and not by MILITARY MEANS.