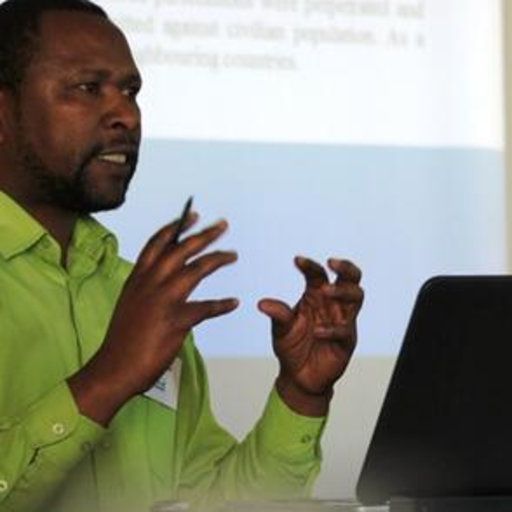 The new changes in the current South African asylum system were instituted by the Refugees Amendment Act of 2008 and the Regulations of 2018, which came into effect on 1 January 2020. These new changes are explained in detail below:

What are those amendments inserted into the Refugees Act?

The 2008 amendments provided for:

•          The extension of grounds of persecution to include the ground of gender.

•          The extension of disqualification from the refugee protection. In this case, an asylum-seeker could not qualify to be a refugee (i) if he or she has committed a serious non-political crime outside South Africa prior to coming to South Africa, or if he or she enjoys the protection of any other country (other than South Africa) in which he or she is recognised as a refugee or is granted permanent resident permit or citizenship.

•          The extension of grounds to cease to be a refugee: Refugees who are granted a permanent resident permit (PRP) or a citizenship in South Africa or acquires the nationality (or a citizenship) of another country and enjoys its protection – are no longer considered as refugees.

•          The manner which unaccompanied children and people with disabilities – seeking asylum in South Africa can lodge their applications and how they can be treated.

•          The manner in which a spouse and/or a dependant of an asylum-seeker or a refugee can be recognised. Prior to this provision, women were, more often than not, excluded as main applicants as their husbands usually were main applicants for asylum. Women struggled to be recognised as refugees if they divorced or become widows.

•          The provision that refugees and asylum-seekers children born in South Africa are registered by their parents as their dependants at the Refugee Reception offices (RRO) within 30 days of the birth. Also that these babies born of refugee and/or asylum seeker parents must first be registered at a Home Affairs branch that caters to citizens, and subsequently, the branch of Home Affairs that caters for refugees, namely the Refugee Reception Office Refugee (RRO).

•          The rights and obligations of asylum-seekers: An asylum-seeker is entitled to the rights in the Bill of Rights that can apply to everyone.  Unlike refugees, these constitutional rights are not fully protected.

•          Extension of instances of withdrawal of the refugee status: The withdrawal can be done in terms of the provisions of the Promotion of Administrative Justice Act, 2000, if withdrawn on the grounds of fraud, forgery or false or misleading information of a material or substantial nature in relation to the application; or (ii) on the grounds of an error, omission or oversight committed by the Refugee Status Determination Officer (RSDO) in good faith.

What are main changes brought into operations by the 2019 regulations?

A paternity test is mandatory in a situation whereby the RSDO is of the view that the child is smuggled or trafficked into South Africa. During the testing period, the child will be placed in the care of a social worker.

Additionally, there will be no family unification with a child who was not declared in the very first interview. Such a child will be treated as an unaccompanied child and thus be placed in the care of a social worker.

If an individual is declared to be a spouse, this must be proved. It must be proved that the spousal relationship exists and that the marriage is genuine. If no certificate of marriage available, the applicant must submit an affidavit. In establishing whether a marriage is genuine, couples must be interviewed separately. Upon divorce or death, if a spouse is an asylum-seeker, he/she must re-apply for asylum. If a spouse is a refugee, a spouse must apply for refugee status permit. This amendment is necessary especially for women as in the past their husbands lodged the applications.

Every time couples go to renew their asylum-seeker permit or refugee status, they must submit an affidavit attesting that the marriage still exists.

Voluntary repatriation (or re-availing to the protection of the home country) of refugees or asylum-seekers will further be understood in the following circumstances:

(ii)       Applying for any assistance or official document, such as a travel document or citizenship related document, at any diplomatic mission representing their home country;

(iii)      Availing themselves of any assistance of any State official or State institution associated with or in their home country;

(iv)       Presenting themselves on the premises of any diplomatic mission representing their country in South Africa or in any other country;

(v)        Traveling abroad with other than a refugee travel document issued in terms of the Refugees Act;

(vi)       Applying for and receiving any benefit afforded to citizens of their home country;

(vii)      Standing for political office or votes in any election in respect of their home country, without the approval of the Minister;

(viii)     Departing South Africa to apply for asylum in another country;

(ix)       Participating in any political campaign or activity related to their home country while in South Africa without the permission of the Minister;

(x)        Traveling abroad in violation of the conditions endorsed on the refugee travel document; or

An asylum-seeker can choose a language in which he/she will be interviewed.

An asylum-seeker must submit a proof of relationship to his spouse (wife or husband) and his/her dependants. All dependants must show their valid visas and must sit for separate interviews.

A permit will contain the conditions upon which an asylum seeker may temporarily reside in South Africa and, where appropriate, seek employment and obtain basic education.

Prior to issuing any right to seek employment to any asylum seeker, an assessment of whether an asylum seeker is able to sustain himself or herself and any dependants must be done.

In the event that the right to seek employment or study is endorsed on the asylum seeker visa, the relevant employer, in the case of a right to work, and the relevant educational institution, in the case of a right to study, must furnish the Department of Home Affairs with a letter of employment or of enrolment at the educational institution, as the case may be, in the prescribed form within a period of 14 days from the date of the asylum seeker taking up employment or being enrolled, as the case may be.

NB: These conditions are drawn from the 2017 Refugees Amendment Act (section 18 amending section 22 of the Refugees Act, 1998).

6.         Unaccompanied children and people with disabilities:

The Regulations, referring to the 2008 amendments, provide the manner which unaccompanied children and people with disabilities – seeking asylum in South Africa can lodge their applications and how they could be treated.

Currently, children of asylum-seekers or refugees who become adults whilst living in South Africa, can apply to be independent from their parent(s) and to have their own files created. This is frequently applied in instances where these former dependants wish to get married.

The Regulations dissolve the Refugee Appeal Board (RAB) and thus establish the Refugee Appeal Authority (RRA). Appeals against applications for asylum, which are rejected as manifestly unfounded, abusive or fraudulent; or rejected as unfounded, must be directed to RAA. They must first be reviewed by the SCRA.  In other words, rejection of asylum-seekers will first be reviewed by the SCRA, and if the rejection is upheld (confirmed) by the SCRA, any asylum-seekers can lodge an appeal before the RAA.

A refugee status must be valid for a period of four years from the date on which it is issued and must be renewed, at least 90 days, prior to the expiry date.

From 16 years and old, every refugee must apply for ID. If applying for a replacement of an ID in case an ID is lost or damaged, a designated fee will be paid.

The Minister may issue an order requiring the Director-General to immediately detain and remove, from South Africa, any asylum seeker or refugee deemed to be a threat to national security.

A refugee and asylum-seeker must submit the notice of change of address and contact details to a Refugee Reception Office.

New changes in the refugee system are summarised by: 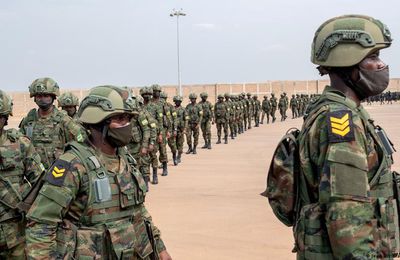