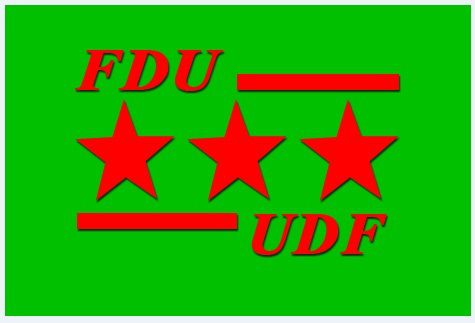 FDU-INKINGI IS VERY CONCERNED ABOUT ALLEGED USE OF UNLAWFUL TACTICS BY MONUSCO TO FORCE RWANDAN REFUGEES TO RETURN HOME.

The FDU-Inkingi have learnt with deep sorrow and concern about alleged cynical use of the threat of starvation to Rwandan refugees in Bauma transit camp to act to be delivered to the notoriously repressive regime of Rwanda. Information coming to us from Rwandan refugees living in this camp tell us that refugees in this camp have been receiving messages that they have to accept to be repatriated to Rwanda otherwise they would not get any more food supply. A copy of the form, written in Swahili, a language that the clear majority do not understand, seems to confirm this allegation.

Here is a layman translation of the forms on which only three options are given.

“I the undersigned was informed and have understood and have informed my dependants about the problems of living in the BAUMA camp i.e. food supply. Based on this reality I have decided:

Denial of food is therefore used as a weapon to force refugees on the conveyor belt for delivery to therepressive Rwandan regime.  If this were to be confirmed, we would like to condemn in the strongest terms possible the use by UN funded mission, MONUSCO, of tactics that violate international human rights law and international humanitarian law i.e. “deliberate starvation as a means of achieving political goals” and the violation of the UN Convention relating to the status of refugees that prohibits forceful return of refugees to countries of origin.

We would like to recall that the same cynical tactics were used in June 2015 in the various transit camps to force Rwandan refugees to return to Rwanda. A week-long blockade of food supplies and medical staff human rights organisations was imposed leaving the most vulnerable at risk including children, mothers, elderly and expecting mothers, inside Kisangani transit camp to force them to return.

Alleged leaders were stripped naked and kept in unknown locations where they were tortured regularly to convince them to return to Rwanda. Forty-two (42) persons went missing including a mother, separated from her children. The operation was alleged to be supervised by a certain Major Rodrigue.

Refugees reported that several women refugees were raped by Units of the Congolese army involved in the raid on the Kisangani transit camp.

The FDU-Inkingi would like to appeal to all peace-loving people and human rights organisations to come to put pressure on the UN to intervene and stop the use of unlawful and cynical tactics to force Rwandan refugees to return to Rwanda.

The FDU-Inkingi call upon the UN system and in particular MONUSCO and UNCHR to help Rwandans find a political solution to the cycle of political violence Rwanda through a highly inclusive dialogue between all stakeholders in the Rwandan peace process instead of using the staged managed voluntary return, but in reality reached under duress, to save the face of a brutal and highly repressive regime in Rwanda.

Commissioner for External Relations and spokesperson.