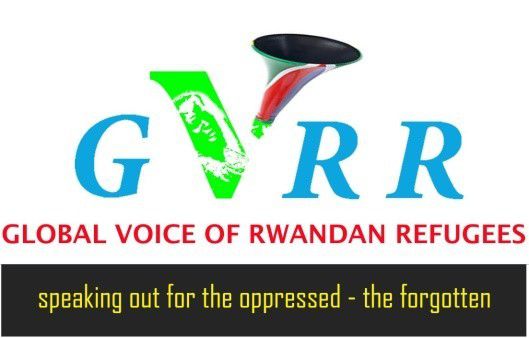 GVRR - Speaking out for the oppressed – the forgotten
26 January 201
Whilst the vision is to contribute to finding a durable solution to Rwandan refugee problem, the mission are threefold: (i) to speak out for atrocities being committed against the Rwandan refugees, in particular, those refugees who were abandoned and forgotten in the dense forest of the Democratic Republic of the Congo (DRC); (ii) to make their voice being heard at national and international platforms; (iii) and to advocate for the democratic participation of refugees in the decision-making processes that may have an adverse impact on their protection.

[1] The Global Voice of Rwandan Refugees (“GVRR”) strongly condemns the continuing pattern of the denial of humanitarian assistance to the Ex-combatants of the Forces  Démocratiques  de  la  Libération  du  Rwanda (“FDLR”) and their families cantoned at camps of Lt. Gen. Bauma (Kisangani), Walungu and Kanyabayonga.[1] The denial of humanitarian assistance is being invoked by the international community, in particular, the United Nations Organization Stabilization Mission in the Democratic Republic of the Congo (“MONUSCO”), in order to coerce the cantoned soldiers and their families to return to Rwanda without the fulfilment of the peace process that was envisioned to take place. The GVRR urges the international community, in particular, the South African Development Community (“SADC”); the International Conference for the Great Lakes Region (“ICGLR”) and MONUSCO to encourage and support the noble action of laying down weapons with a view to engaging in the non-violence liberation struggle as it was unilaterally initiated by the FDLR under the Lusamambo Peace Offer Declaration of 30th December 2013. Under the Lusambo Declaration, the FDLR undertook to focus on peace process, which was viewed as a benchmark for the realisation of the long needed security and safety of the citizens of Great Lakes region and free, safe and secure political space in Rwanda in which all people of Rwanda will have an equal voice and rights of the citizenship.[2] The FDLR made it clear that it did not (and still does not) want war neither against the Democratic Republic of the Congo (“DRC”), nor MONUSCO nor RWANDA. It rather took cognisance of the importance of the peace, security and development in the region with anticipation that the international community will support its decision.[3]

[2] The laying down of weapons in favour of peace process is indeed a good gesture and a self-sacrificing action illustrating that members of the FDLR are non-violent, but peace-loving people who are ready and willing to sit at the negotiating table to find a durable solution to the Rwandan ethnic conflict that cost millions of lives of Rwandans and non-Rwandans. Such ethnic conflict has indeed left millions of others with serious physical and psychological injuries and thousands others as refugees. It has engendered an oriented-ethnic based political situation that oppresses and suppresses citizens of Rwandan through discriminatory practices similar to South Africa’s apartheid system and subjugates citizens of the Great Lakes region through proxies and random wars initiated by the Rwandan Patriotic Front (RPF) - Inkotanyi under pretext of fighting against “interahamwe” militia and FDLR combatants in Burundi and the DRC, respectively. Click here to continue