Feingold spoke at the U.S. Institute of Peace, laying out what he described as key tasks for the United States, the international community, and African governments in an effort to end almost two decades of wars in the African lakes region. It was his final public address as the U.S. Special Envoy for the Great Lakes Region of Africa and the DRC. He has held the post since July 2013, pressing governments in the region to improve democratic governance and halt their support or tolerance for armed militias in and around the eastern DRC.

To an audience of officials, journalists, and policy specialists, Feingold pursued those themes, saying the Hutu militia, the Democratic Forces for the Liberation of Rwanda (or FDLR by its French-language initials), “has been destabilizing the region and preying upon the people of [the] eastern DRC.” He urged the DRC government, headed by President Joseph Kabila, to avoid “further delays” in sending troops to shut it down.

“The moment is now for ending the threat of the FDLR, and the onus is on the DRC government to deliver on its commitment to do so,” Feingold told the audience. In 2013, Feingold and the Obama administration urged Rwanda to halt its support for a rival, Rwandan-supported militia in the eastern DRC called M23.

To build a court system capable of trying militia leaders and others for human rights atrocities, including widespread rapes of women in conflicts in the region, Feingold repeated a call for Kabila’s government to create “mixed chambers” within the national judicial system that would be run by teams of both Congolese and international judges, lawyers and staff.

Such mixed chambers would speed justice “and foster judicial reform in the process,” said Feingold, a former chairman of the Foreign Relations Africa subcommittee when he served in the U.S. Senate.

He praised the DRC’s National Independent Election Commission for setting a date in November 2016 for presidential and legislative elections. The DRC, which was known as Zaire during the 32-year authoritarian rule of President Mobutu Sese Seko, has never conducted a peaceful transition of presidential power. Protests erupted in the capital, Kinshasa, last month after a bill was proposed in parliament to delay the elections until after a census was held. The postponement effectively would prolong the rule of Kabila, who under the constitution cannot run for a third term as president.

“We are deeply troubled by recent increases in arrests of opposition members, of people who have spoken out against” revising the DRC constitution, notably to let Kabila extend his rule, Feingold said. He also expressed U.S. concern at “crackdowns by the security services during the public protests in January, which resulted in the deaths of more than 40 people.”

Rights in Rwanda and Burundi

Feingold said the United States is monitoring pre-election activities in the DRC’s eastern neighbors, Rwanda and Burundi. While “Rwanda is an example to be followed when it comes to women’s rights [and] the rights of the disabled,” Feingold wrote in his prepared remarks, its “standing would be further strengthened by efforts to similarly lead on the protection of political freedoms and promotion of democracy.”

Burundi’s president, Pierre Nkurunziza, should avoid running for a third term in elections this summer because that would violate a peace agreement, the Arusha Accord, signed in 2000 by Burundian political groups to end a period of civil war, Feingold told the audience.

After decades of wars over ethnic identities and control of resources, “it will inevitably take years to achieve a stability that is durable and that can be the foundation for long-term development,” Feingold said. The United States and other nations should “stay committed” to building peace, democracy and economic development, he said.

Feingold called for broadening the community of foreign governments working actively in the region, notably by including South Africa, Germany and Sweden as members of the International Great Lakes Contact Group, which for more than a decade has coordinated policies for the region among the United States, Britain, France, Belgium, the European Union, and the United Nations. Also, he said, “China’s voice is to be welcomed on messaging on peace and security issues” in the region.

Feingold spoke at the U.S. Institute of Peace, laying out what he described as key tasks for the United States, the international community, and African governments in an effort to end almost two ... Senator Russell Feingold, the U.S. special envoy working to stabilize Africa's Great Lakes region, will speak at the U.S. Institute of Peace on February 24 following his latest visit to the ... 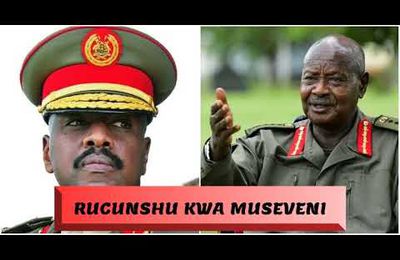