EGGS were thrown and two people arrested by police during the protest at the visit of Rwandan president Paul Kagame to Oxford today.

About two dozen people were outside the business school, in Frideswide Square, protesting against what they say is Mr Kagame's record against human rights.

"There was a very noisy and animated group of protesters who were intent on making their point known to President Kagame.

"Some objects were thrown, mainly eggs. These were largely aimed at the protection vehicles carrying the President."

There were about 25 police officers on duty, supported by two mounted officers on horses.
http://www.oxfordtimes.co.uk/news/10429141.Eggs_thrown_during_protest_against_award_for_Rwandan_president_Paul_Kagame/ 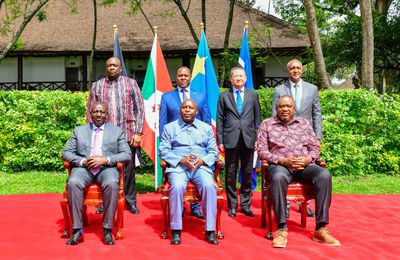