The Government of Burundi has shared with the East African Community Secretariat a Statement it issued following the assassination of Hon. Hafsa Mossi on 13th July 2016. Below is the Statement in full.

The Government of Burundi has learned with great dismay the dastardly assassination of the Hon. Hafsa Mossi, former Minister, and MP until today at the Legislative Assembly of the East African Community, following an ambush near her home in Gihosha in Bujumbura this Wednesday, 13th July 2016.

This assassination has robbed Burundi of a personality who has worked hard especially to defend her country Burundi in the East African Community for its effective integration within the Community. This crime has been perpetrated at the same time as an active session of Inter-Burundi Dialogue currently underway in Arusha, Tanzania and at a time when the Conference and the Summit of Heads of State of the African Union is ongoing in Kigali, Rwanda. Burundi loses one of its most devoted children and her death leaves an unforgettable vacuum.

The Government of Burundi expresses its strong indignation and condemns, in the strongest terms possible, this despicable act that does not constitute the first attack against a targeted political authority recently, and that reflects a new method of terrorism during the current crisis through murder and targeted attacks, apparently imported from outside considering the modus operandi of these terrorists.

The Government of Burundi presents its deepest condolences and profound sympathy to the families of the deceased, the Burundian people she represented in the Legislative Assembly of the East African Community.

The Government of Burundi requests the relevant authorities to conduct urgent investigations in order to identify the perpetrators of this murder and their sponsors and that the full force of the law is applied on them.

The Government calls upon the Burundian people to remain calm and welded, and especially not to fall into the trap of this new and tragic provocation.

The Government further requests those who still hold illegal weapons to surrender them voluntarily and invites the public to create joint security committees to assist the authorities in charge of the disarmament and recovery of these instruments of death.

May the soul of the illustrious departed rest in peace.

STATEMENT FROM THE GOVERNMENT OF BURUNDI FOLLOWING THE ASSASSINATION OF HONOURABLE HAFSA MOSSI, MEMBER OF THE LEGISLATIVE ASSEMBLY OF THE EAST AFRICAN COMMUNITY

The Government of Burundi has shared with the East African Community Secretariat a Statement it issued following the assassination of Hon. Hafsa Mossi on 13th July 2016. Below is the Statement in ... 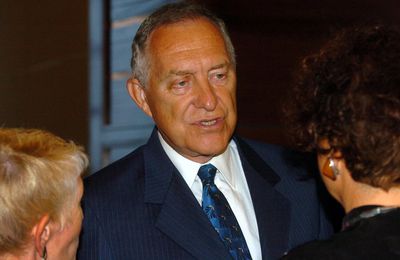