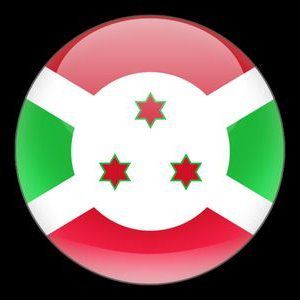 NOTE: This is issued in the United States’ capacity as President of the UN Security Council.

The members of the Security Council reiterated their deep concern about the continuing escalation of violence in Burundi, as well as the increased cases of human rights violations and abuses, the persisting political impasse and the attendant serious humanitarian consequences. They condemned all acts of violence, whomever perpetrates it,, and the persistence of impunity, as well as of the inflammatory statements made by Burundian political leaders. They strongly condemned the attacks carried out against military barracks in Bujumbura and in Bujumbura Rural, as well as the alleged summary executions perpetrated in the aftermath of the attacks, and underscored the importance of holding those responsible for such acts accountable.

The members of the Security Council welcomed the meeting of the African Union Peace and Security Council (PSC) of 17 December where the communique on the situation in Burundi (PSC/PR/COMM. (DLXV)) was adopted.

They called for urgent acceleration of the mediation efforts led by President Yoweri Museveni of Uganda on behalf of the East African Community (EAC) and as endorsed by the African Union (AU) and urged all parties of Burundi to fully cooperate with the mediator, and given the urgency of the situation, should mediation efforts not restart immediately alternative options might be considered by the AU and UN. The members of the Security Council recalled their conviction that only a genuine and inclusive dialogue, based on respect for the Constitution and Arusha Agreement, would best enable the Burundian stakeholders to find a consensual solution to the crisis facing their country. They highlighted the importance of the decision by the AU PSC to hold such dialogue outside Burundi, in a venue to be determined by the Mediation, and in the required conditions of security, highlighted the need to facilitate the participation and effective representation of all Burundian stakeholders and their viewpoints on issues on which they disagree.

The members of the Security Council took note with interest of the decision by the AU PSC to authorize the deployment of an African Prevention and Protection Mission in Burundi (MAPROBU) to address the situation in Burundi and urged all Burundian stakeholders to fully cooperate with the mission in support of the effective implementation of its mandate. The members of the Security Council underlined the importance for African Members States to pledge troops and police and stressed the importance for the AU to take the necessary steps for the urgent development of the concept of operation of MAPROBU and other planning level documents. They also stressed the importance of dialogue and coordination between the AU and the UN.

As requested by the Security Council resolution 2248 (2015), they recalled the utmost importance of United Nations contingency planning to develop options for the international community to respond to any further deterioration of the situation and underscored the importance of urgently deploying the UN team in Burundi under the leadership of the Special Adviser to Conflict Prevention, including Burundi, M. Jamal Benomar, to coordinate and work with the Government of Burundi, African Union and other partners to assess the situation and develop options to address political and security concerns.