Obama appoints envoy ahead of major elections in Great Lakes 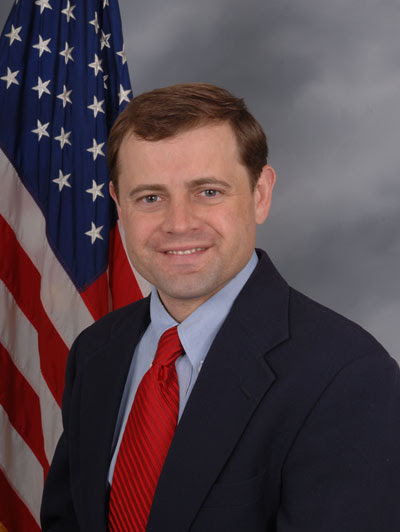 By: Dickens H Okello
The United States President, Barack Obama has appointed a new special envoy for the partially insecure Great Lakes region as almost all nations enter habitual source of violence – elections in the near future.
Mr. Thomas Pereillo, a prominent US lawyer and former Congress representative for Virginia`s 5th District was announced on Monday evening by the US Secretary of State, John Kerry as the incoming special envoy replacing Russ Feingold who has been described as indefatigable.

“I am pleased to announce the appointment of Thomas Perriello as the Special Envoy for the Great Lakes Region of Africa. I have high confidence in Tom and am grateful for his recent service as Special Representative for the Department’s successful Quadrennial Diplomacy and Development Review,” part of Kerry`s statement seen by ChimpReports reads in part.

Mr. Pereillo has wealth of experience working in the most dangerous places including Afghanistan, Darfur region of Sudan and Kosovo and now getting to Democratic Republic of Congo, Burundi, Rwanda and Uganda.

“Tom served as a consultant to the International Center for Transitional Justice in Kosovo, Darfur, and Afghanistan, and was a Member of the U.S. House of Representatives from 2008 until 2010.”

The same statement says Pereillo has strong passion for justice and human rights and familiar with Africa as he also served in the International Court for Sierra Leonethat probed the worst and typical atrocities synonymous with all wars in the Sub-Sahara.

“Tom is a person of deep convictions who is driven by a strong commitment to justice and human rights. He gained experience in Africa in his capacity as adviser to the International Court for Sierra Leone, where he delved into issues involving mass atrocities, the use of child soldiers, the reintegration of former fighters, and the plight of amputees and other victims of war.”

The appointment termed as “timely” comes at the time when Burundi is conducting a controversial and already violent election that has registered loss of lives and displacement of hundreds of thousands to the neighbouring countries.

US recently withdrew support for Burundian soldiers in the African Union Mission in Somalia (AMISOM) and also financial support for democracy development.

Uganda is also entering elections early next year though the last four elections didn’t register violence and Rwanda is expected to hold her elections in 2017.

“This appointment is a timely one. Tom succeeds the indefatigable Russ Feingold in this important post at a critical moment,” said the statement.

“His priorities will be to strive — in coordination with local officials and international partners — to spur progress towards lasting peace, stability, and development throughout the region, including the strengthening of democratic institutions and civil society and the safe and voluntary return of refugees and the internally displaced.”

The stament concluded that the appointment reflects Obama`s aspirations for good governance, respect for civil and political rights among others in the Great Lakes region.

“The appointment of a Special Envoy for the Great Lakes reflects the Obama Administration’s firm support for the people of that region as they attempt to build a future characterized by improved governance, an end to conflict, respect for civil and political rights, and economic opportunity for all.”