Rwandan General Jean Bosco Kazura is alleged to have supervised a death squad in Rwanda during the 1994 genocide. The United Nations department of peacekeeping has unceremoniously announced the departure of one of its top commanders, Rwandan General Jean Bosco Kazura, who is alleged to have supervised a death squad in Rwanda during the 1994 genocide.

Kazura—one of Rwandan President Paul Kagame’s most trusted generals—had been appointed commander of the UN’s stabilization force in Mali, known as MINUSMA, in June 2013.

A statement from UN peacekeeping in New York said that while Kazura’s appointment had followed established screening procedures, the UN later become aware of a series of serious allegations of human rights violations against the general.

As a result, the department consulted with the United Nations International Criminal Tribunal for Rwanda and its Office of the High Commissioner for Human Rights, whose officials took note of the ‘gravity of the accusations.’

“Following receipt of serious allegations of human rights violations against Major General Kazura, UN Peacekeeping undertook a wide range of consultations with a number of relevant interlocutors, including ICTR and OHCHR both of which are fully aware of the gravity of the accusations,” the statement, sent in an email to this reporter, said.

“You may wish to be in touch with the Office of the High Commissioner in this regard,” a spokesman for UN peacekeeping urged late Friday.

The UN human rights office was not immediately available for comment.

“As of 14 December 2014, Major General Jean Bosco Kazura is no longer in the employ of the United Nations,” the spokesman declared. No further explanation was given.

The report was based on lengthy interviews with more than a dozen of Kagame’s former soldiers and officers, in addition to a former ICTR official, a human rights activist and other sources.

The sources said Kazura and his colleague General Patrick Nyamvumba, the former commander of the UN/African Union peacekeeping force in Darfur, directed highly organized operations during the 1994 genocide in the prefectures of Byumba and Kibungo—areas controlled by Kagame’s Tutsi-led army as early as April 1994, at the beginning of the genocide. During those operations, Rwandan Patriotic Army soldiers under Nyamvumba and Kazura’s command hunted down and slaughtered thousands of unarmed Hutu civilians—men, women and children—according to testimony. These operations, known as “sweeping” or “mopping up,” were conducted in communes that had already been cleared of soldiers loyal to the former government and Hutu extremists known as Interahamwe.

Some of the Hutu victims were allegedly killed and dumped in graves mixed with Tutsis who had been murdered by Hutu extremists.  In other instances, Hutu civilians were rounded up, killed and burned in Akagera National Park near Rwanda’s eastern border.

Former Tutsi officers said that after the genocide, Generals Nyamvumba and Kazura also oversaw the transport at night of male Hutu army recruits from all areas of Rwanda to killing grounds near the Gabiro training barracks and in other areas of Akagera Park, which were off limits to outsiders.

The sources said in many cases the recruits were put on trucks, eventually suffocated and were dead on arrival. In other cases Hutu recruits were killed in the park, at different locations.

In gruesome testimony, the Tutsi soldiers revealed that bodies of Hutu victims were often dumped into graves, burned with oil and dissolved with acid. The ashes were then mixed with soil or thrown into lakes.

These operations were directed by then Lt Colonel Nyamvumba, assisted by Kazura, and planned and coordinated by Kagame’s Directorate of Military Intelligence (DMI) and intelligence staff from his High Command, according to people interviewed.

Earlier this week, the Rwandan government made no mention of the reason for Kazura’s departure from UN peacekeeping, only that he was winding up his tour of duty in Mali.

“He has represented Rwanda Defence Forces and Rwanda well in UN, as Force Commander. RDF is a key contributor to UN in terms of peacekeepers and leadership in several UN leadership positions,” Nzabamwita added.

Rwanda is widely considered an important contributor of peacekeepers to the United Nations, employing nearly 5,700 troops, military experts and police officers in global hot spots such as Darfur, the Central African Republic and Mali.

In July, US Ambassador to the UN Samantha Power lauded Rwanda for its international role.

“Rwanda’s troops were among the first boots on the ground when conflicts metastasized in the Central Africa Republic and South Sudan,” Power said in New York.

“And it’s not just that the Rwandans volunteer for complex and dangerous missions. It’s that because of their commitment to protect civilians, the population in countries where the Rwandans serve trust them; troops from other countries who serve alongside them draw strength from their fortitude; and aggressors who would attack civilians fear them,” the diplomat added. 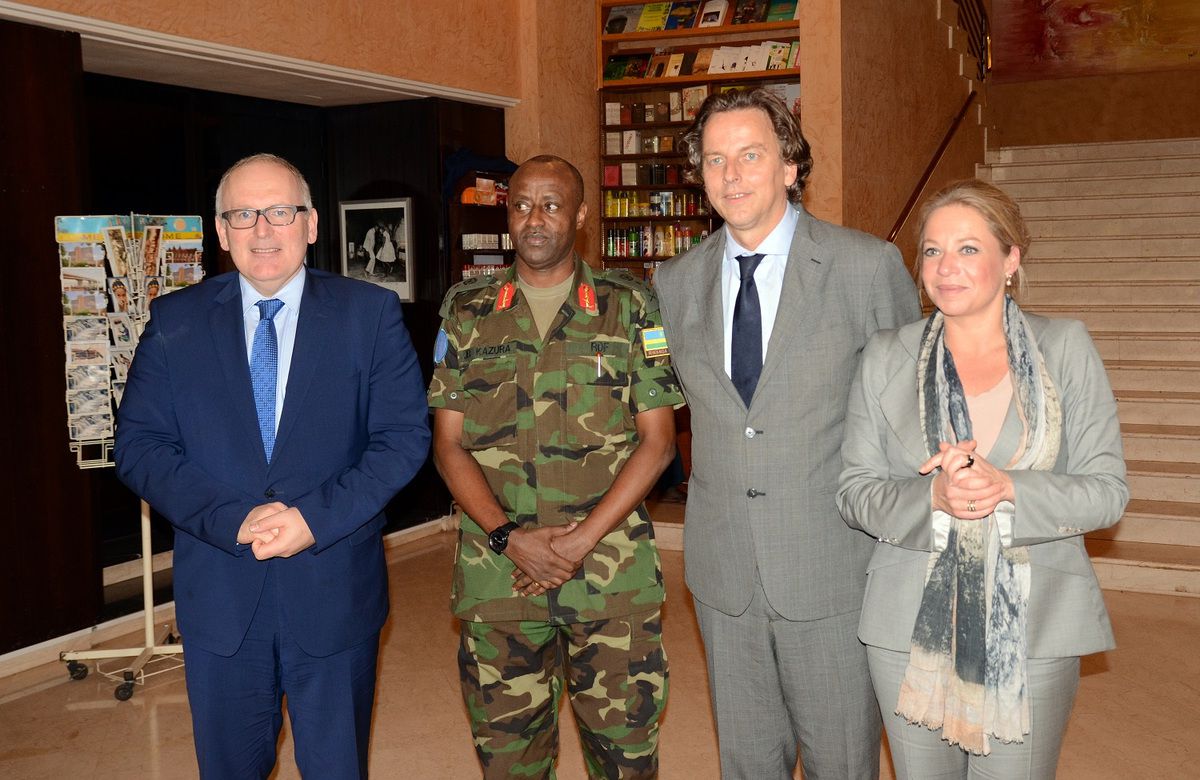