Please find here below appending  a short chronology of events


Re: the second arrest and de 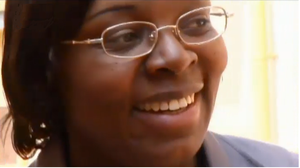 - 09th October: Victoire asked the police spokesperson what was going on and she was told there was nothing to worry about.

- 11th October: Victoire reached the Prosecutor RUBERWA on phone and asked whether the bail conditions have changed because of the police siege. The prosecutor seemed to be surprised and promised to ask the Criminal Investigation Department.

- 14th October- 12:50:  a police team entered the property, put Madame Victoire INGABIRE under arrest, and took her to CID headquarters. The police spokesperson informed the public that she is arrested because of new evidence implicating her in the formation of a terrorist organisation and that a key witness was arrested the day before along the DRC common border with documents and details implicating her.

- 14th October - evening: the FDU INKINGI team brought her a mattress, clothes, blanket and hygienic items. The food was taken to the detention center as well. All the items are given to the guards and never to the detainee.

- 15th October: two lawyers visited her, and noticed she was still in handcuffs since the arrest. She slept in a seated position on the floor, and no personnal item was provided. She did not eat. The lead lawyer discussed the detention conditions with the security officers and was told that they did not make decision. He rushed to the CID headquarters and left with no assurance that the situation will improve.

- 16th October: the jailers decided to give only the blanket. She is still in handcuffs. No mattress, no clothes, no hygienic stuff. The lawyer discussed the situation with the hierarchy. In the evening, the handcuffs were removed for the night.

All the food provided is returned untouched. No member of the party or nobody from her house is allowed to see her, nor to talk to her. Total blackout on her status. At this stage there was no doubt, she was not eating. We did not know whether she was given food or if she was unable to eat because of 24-hour handcuffs.

18th October: she is taken to GASABO Court House for the Prosecutor's interrogation. She is in the same outfit she had the time of her arrest. Her hair is undone, she is in handcuffs and weak.

18th October - late night, a Medical Doctor is rushed to her cell: The blood pressure has dropped dangerously, and some medication is given. The Police accepted this time to give the mattress and hygienic items.

On 19 October, the lawyer asked in a letter to the Police Commissioner to allow the client to go to hospital or to be seen by an independent Doctor.

18th - 21st October: Prosecutor's interrogations at the Gasabo Court House. She is always brought in in handcuffs. She is looking weak, exhausted and under duress.

21st October:  Morning hours, the police rushed in again some medical staff and some medication is given again before the afternoon Prosecutor's confrontation exercise with the state-prepared key witness Major Vital UWUMUREMYI.

During the confrontation, the key witness claimed that he was given in 2008 - 2009 at least 1,000 USD to create, train a rebel group and to purchase weapons. He informed that since his repatriation in Rwanda in February 2009, he has never been involved in any other rebel activity. This gives an impression that the terrorist allegations are over 2 years old and that police statements in this respect are not accurate, for a reason.

22nd October: She is again seen by police medical doctor.
Until now, people from our political party are not allowed to see her.

For more information on her status please don't hesitate to be in touch with the FDU INKINGI Executive members or the lawyer.