Why did infamous war criminal Bosco Ntaganda just surrender at a U.S. embassy? Bosco Ntaganda at his mountain base in Kabati, Democratic Republic of Congo, in 2009. (Lionel Healing/AFP/Getty Images)

Bosco Ntaganda, a Rwandan general indicted for war crimes, a particularly bad actor who’s stirred up violence in a part of the world that has plenty of bad actors and violence, walked into the U.S. Embassy in Kigali, Rwanda, today and asked to be delivered to the International Criminal Court in the Netherlands.

That’s according to State Department spokeswoman Victoria Nuland, who confirmed a Rwandan foreign ministry statement from earlier today. “I can confirm that Bosco Ntaganda … walked into U.S. Embassy Kigali,” she said, adding that the U.S. is “working to facilitate” Ntaganda’s request that he be “transferred” to the ICC. (This is actually trickier than it sounds for some very interesting reasons; more on this later.)

Ntaganda’s rap sheet is very, very dark; when you think of the most horrific stories coming out of the Democratic Republic of Congo during its wars, you’re probably thinking about Ntaganda. The ICC indicted him in 2006 for, according to a summary by Human Rights Watch, “allegedly committing war crimes and crimes against humanity in northeastern Congo in 2002 and 2003, including recruiting and using child soldiers, murder, rape and sexual slavery, and persecution.”

Since 2006, Ntaganda has been a major player in Central Africa, a powerful militia leader who allegedly had a hand in such enterprises as smuggling and the illicit “conflict minerals” trade. He’s been accused of running his corner of eastern Congo as a mafia-style fiefdom. Most recently, he helped lead a Congolese rebel movement called M23 that, this fall, briefly seized the city of Goma.

The big question: Why would someone so powerful voluntarily give himself up to the ICC, which is likely to sentence him to many years in jail? We don’t know the answer right now. Maybe we’ll find out later today, maybe not for months, maybe not forever. But here, if for no other reason than to help understand the dynamics at play, are some of the theories being tossed around by Central Africa watchers. To be clear, these are just theories, but worth considering.

1) Ntaganda “lost some of his powerful backers in Rwanda,” suggests Morehouse College professor Laura Seay, referring to long-held suspicions (particularly within the United Nations) that some senior elements in the Rwandan government supported Ntaganda as a way to exert their influence in neighboring Congo. Perhaps he “decided to sell them out,” even if that meant serving time himself.

2) Perhaps Ntaganda’s sponsors, particularly any hypothetical sponsors within the Rwandan government, pushed him to turn himself in. The Atlantic’s Armin Rosen offers a version of this theory, suggesting that Rwanda may have given Ntaganda an ultimatum: Turn yourself in to the ICC or else. In this thinking, his sponsors may have found that he had outlived his usefulness.

3) Here’s the theory that appears most compelling as of this moment: Perhaps Ntaganda thought his days in Central Africa were numbered and saw surrendering to the ICC as his best route to safety. Speculation is so far focusing on his possible Rwandan sponsors giving him up, but it’s worth noting that his M23 group split recently. Ntaganda’s faction of M23 suffered a major defeat just two days ago, sending him fleeing. A representative of the rival M23 faction pledged “we will go after him.” Rwanda, meanwhile, arrested another senior figure in M23, putting Ntaganda between two very unattractive options.

4) A less-compelling theory is that Ntaganda arranged some sort of deal with the ICC in which he believed his capture was imminent and that he could get a more sympathetic trial if he gave himself up. If this had occurred, presumably whoever he negotiated with would tell him where to surrender. The U.S. Embassy would be a bad place to do this, given that the U.S. is an ally of Rwanda and is not an ICC signatory, making it unlikely but plausible that the embassy would refuse to take him. 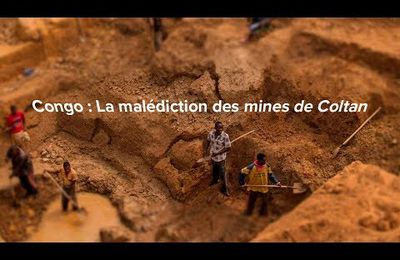