Where are the New Breeds of Leaders of Africa?

Where are the New Breeds of Leaders of Africa?

Will the Kagame’s policies encourage his opponents to seek unconstitutional means?

The 1980s and 1990s saw the East and West political ideology increasingly waning on the Sub-Saharan African countries were many countries started holding multiparty elections. The Cold War, the proxy wars of the U.S and Soviet Union as well as Apartheid in South Africa had come to an end. A new generation of African leaders had been anointed who promised to transform their continent. That dream was dubbed the African Renaissance. This concept is often defined in contrast to the big man syndrome – the autocratic rule by the so-called “big men” of African politics during the first two decades after independence.

Immediately after independence Africa had the biggest share of misfortunes of dictators who under the cover of the ideological differences between the Soviet Union and the West (US and Western Europe)   culminated in either political or physical elimination of the leaders of post independence Africa. Indeed, the other remaining countries under the colonial rule where subjected to coercive restrictions and incarcerated  their leaders like Nelson Mandela in South Africa, Robert Mugabe in Zimbabwe , Sam Nujoma of Namibia just to mention a few.

As I have mentioned above the West and all their allies where bitter with the post independent African leaders with political inclination with what the they called socialism ideology, it is in this regard that African sons like Patrice Lumumba of Congo, Samora Machel of Mozambique, Kwameh Nkuruma of Ghana, and others where either killed using their African proxies or overthrown in coup d’état respectively.

In Uganda Idi Amin rose in ranks and later overthrew Milton Obote on the orders of the Western powers but later turned against them and is estimated to have killed many Ugandans until he was overthrown by Ugandans in exile helped by the Tanzanian forces.

IS BILL CLINTON DISAPPOINTED or WAS AN ILLUSION?

When US former president Bill Clinton made his African journey in March 1998, he helped popularize this notion when he said he placed hope in a new generation of African leaders devoted to democracy and economic reforms. Although Bill Clinton did not identify the African leaders by name, it is generally assumed that he was referring to, among others, Yoweri Museveni of Uganda, Paul Kagame of Rwanda, Meles Zenawi of Ethiopia and Isaias Afewerki of Eritrea. Other leaders have since been added that list, including Ghana’s Jerry Rawlings, Mozambique’s Joaquin Chissano and South Africa’s Thabo Mbeki.

Whereas some have lived to their expectations, like Jerry Rawlings of Ghana, Joaquim Chissano of Mozambique and Thabo Mbeki of South Africa, others have disappointed Bill Clinton’s dream and I think if you can manage to penetrate his mind, it is full of sorrows and apathy.  Kagame has surpassed all his counterparts in all the brutal methods of Extra-Judicial killings, invading the independence of judiciary where cases are first dictated    by his officials both in the military and the judicial sector using the remote control from his official office (Urugwiro).

He has killed his friends and adversaries alike. His comrades have not been spared either.  Kagame has denied his neighbors good sleep and peace using different armed groups like M23, CNDP, and others and unfortunately without accountability. With the continuation of Kagames’ interference in the Congo War which has left almost 6 Million dead among women and children and many wandering in neighboring countries. Furthermore the Eritrean-Ethiopian War, with Eritrean support of the Al –Shabab in Somalia or some many of the ‘new generation of African leaders’ warred against each other, optimism was lost. Again, many of the new generation of African leaders have failed to deliver democracy peace and development and they have shown an inclination to cling to power.

It is in this context that Kagame should avoid at all costs oppressing his own people  which might encourage  or force  them to use the same method  he used  to stand up for his rights.  If a leader thinks in the same way as he did 20 years ago, then the 20 years  are wasted and a failure.  Indeed, he should either leave power democratically or pass it to others like Julius Nyerere of Tanzania and Daniel Arap Moi of Kenya respectively. African leaders should not only stop oppressing their political opponents but also build good governance on institutions not on individuals. 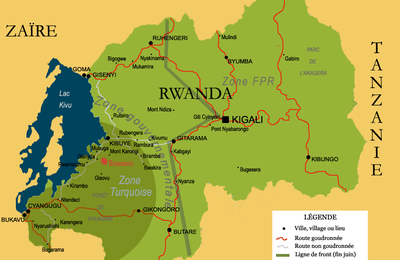 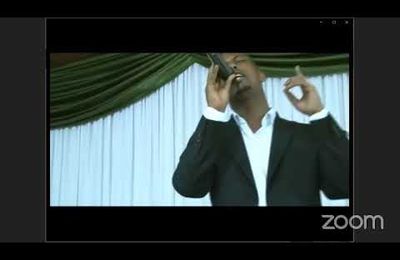