Description:Africa Analyst Nii Akuetteh, from Ghana, shares three points why the United States should stop supporting friendly tyrants. On March 2, 2011, the African Great Lakes Advocacy Coalition (Africa Faith and Justice Network, Friends of the Congo, Foreign Policy in Focus, African Great Lakes Action Network, Foundation for Freedom and Democracy in Rwanda, Congo Global Action Coalition, International Humanitarian Law Institute of St. Paul, Mobilization for Peace and Justice in Congo) held a Congressional briefing for Members of the Senate and House and their staffs in order to raise the profile of the UN Mapping Exercise Report and its implications for US Policy in the Democratic Republic of the Congo and the Region. This report, released on October 1, 2010, documents "the most serious violations of human rights and international humanitarian law committed within the territory of the Democratic Republic of the Congo between March 1993 and June 2003." Human Rights Watch executive director, Kenneth Roth says: "If followed by strong regional and international action, this report could make a major contribution to ending the impunity that lies behind the cycle of atrocities in the Great Lakes region of Africa." Philip J. Crowley, Assistant Secretary in the Bureau of Public Affairs at the State Department said that "The United States is firmly committed to helping the DRC and other nations in the region take positive steps to end the corrosive cycle of violence and impunity." The speakers on the panel included Jacques Bahati of Africa Faith and Justice Network, Nita Evele of Congo Global Action Coalition, Nii Akuetteh, Africa Policy Analyst, and Claude Gatebuke of Africa Great Lakes Action Network and Rwanda Genocide Survivor. The panel was moderated by Emira Woods of Foreign Policy in Focus at the Institute of Policy Studies. Kambale Musavuli of Friends of the Congo shared with the audience the policy asks to considered by members of Congress to address justice and stability in the Congo and Great Lakes Region of Africa. 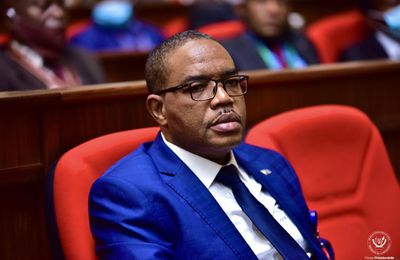