Tanzanian President Jakaya Kikwete (photo) bade farewell Wednesday to 1,280 troops off to join a new UN peacekeeping mission in eastern Democratic Republic of Congo and fight insurgents there.
"Please observe discipline and professionalism in your work," Kikwete told the Tanzanian soldiers, as he presented them with a flag at a military parade.
The troops will form the backbone of a planned 2,500-strong new United Nations brigade, unanimously approved by the Security Council in March and with a mandate to conduct "targeted offensive operations" against rebels in eastern DR Congo.
A key focus will be the M23 rebels in the mineral-rich area, which has been gripped by conflict for more than two decades.
The UN force is due to consist of three infantry battalions, an artillery company, a reconnaissance company and "special forces", with troops also being mustered from South Africa and Malawi.
M23, named for a peace deal with the DRC government signed on March 23, 2009, emerged out of an ethnic Tutsi mutiny in the army in April 2012, on the grounds that Kinshasa was not upholding the pact.
The rebels briefly seized the North Kivu provincial capital Goma in November last year.
M23's political leader Bertrand Bisimwa last month wrote to Tanzania's parliament warning the fighters had previously beaten even "larger and better equipped" forces, and that the same would happen to Tanzanian troops if they continued in this "dangerous adventure".
However, Tanzanian foreign minister Bernard Membe last week dismissed threats and said the army was not frightened, but was coming to "restore peace in the burning house of our neighbour."
http://english.ahram.org.eg/NewsContent/2/9/70996/World/International/Tanzanian-troops-head-for-UN-mission-to-fight-Cong.aspx
Article précédent Article suivant
Retour à l'accueil
Partager cet article 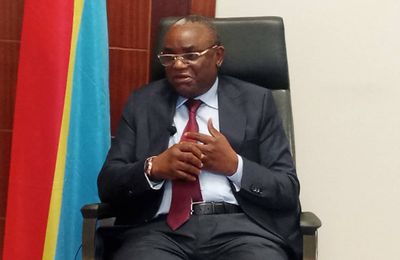 
Je vois les signes avant-coureurs, un volcan actif va bientôt accoucher de je ne sais quoi dire. Mais cela peut bien promettre de chauffer. "Harmaguédon" qui risque bien de s'annoncer. Please,
good people, when fire will be burning, make sure you pull your own weights. Unfortunately, miserable peasants will be the ones to suffer the direct effects. But God, are you still the living God
? If yes, why this? Or are you busy somewhere else?