Rwanda's inside story : On electoral campaigns (By Karekezi Eduard )

Imagine in the first place Rwanda without people like Victoire Ingabire Umuhoza, Bernard Ntaganda, Frank Habineza and others in prison who took the courage of rising above the generalized fear that characterizes our political landscape. Their contribution to the current unfolding political reality remains praiseworthy. But again why the approach used by the international community to the regime of General Than Shwe, the leader of the State Peace and Development Council in Myanmar, cannot be used to General Paul Kagame of the RPF in Rwanda ? Why the courage President Barack Obama has shown urging the Congress to take Action on Sudan and Burma cannot be replicated to our current soul-shaking situation?

On the election: the formula


The former president Mobutu Sese Seko of the former Zaire, used to say in Lingala that “OLINGA OLINGA TE OZA MEMBRE NA MPR” (meaning that either you like or not you are a member of MPR (The then ruling party)). The same slogan looks to have been adopted here hence there are no political parties unless those that toe the ruling party’s line will ever operate from Rwanda. I have been travelling around and following political programs of different political parties. However, what I have seen risk to leave Rwandese in a political orphanage. It is a process void of clear political programs and highly malicious in character. Now imagine all candidates were in government serving in different capacity, Vice President of the lower chamber in the case of Ntawukuriryayo of PSD, Higiro of PL occupies a post of vice president in the higher chamber as well as Mukabaramba of PPC who is a senator. So what is the intention and motivation behind these presidents of briefcase parties? As I told this has been a formula crafted by this group so as to avoid a shameful electoral process, and a political humiliation that may results from a one horse race. To them as shown above (their posts) what they have is enough hence it is a taboo for them even to talk of RPF’s failures publicly during these dubious campaigns. As I told you they mischievously want to show the international community that the exercise was highly contested. Their supporters see this formula but it is hard except Victoire Ingabire (of FDU-INKINGI) and her comrades to neither publicly criticize nor discuss this. Allow me to tell you this: wait until elections end you will see the earlier arrangement made before starting their campaigns. You will see how posts will be shared. But again if you can come, spend as many days as you want here, you will not find any poster of those spoilers anywhere. All have been reserved for the ruling party’s candidate. Tell me how a genuine and legitimate candidate accepts to burn his money under this Prof. Karangwa- led dubious and treacherous National Independent Electoral Commission?? ?? Who can contest in an environment where there is no independent voice? I strongly believe that for the national interest, security and sovereignty of our country this commission needs to be disbanded. History tells us that the most successful politicians are those who have been able to work with their opponents. Surely we want tolerant and truth-driven leaders. Can we continue watching while people are being killed because of their political ideas?


Since the start of the campaigns it has looked as the most well performing party remains the ruling party: But people ask why? There are different answers to give on this question. It is not to start by un-salutary descriptions of the party or a kind of writing uncharitable comments rather I would like to cast a fair and constructive comment. Yes the party has done fairly in different sectors but whatever is said we must take into account the timeframe and measure what has been achieved against it (16 years of silence!!!!! ). Additionally, this government has been the top recipient/beneficia l of external funds for all Africa, Asian and Latin American countries. That is the reason why we see buildings under construction, but it’s hard to know the owners. It has been supported financial and militarily by the most powerful countries such as UK and US.


However we still doubt the sustainability of the prosperity of a country threatened by the perilous mixture of truths and lies. In fact the ruling party has successfully shown that our survival “we” Rwandese depends on its wishes. Under RPF’s rule the political patronage and clientelism has become a necessary evil for it to reign. Carry out a simple investigation on who prints these T-Shirt? The RPF has designed evil strategies to the extent that peoples’ lives revolve around the party. Through different dubious earnings and forced contributions it has managed to build big enterprises such as “Inyange industries” among others. Now government meetings must be accompanied by Inyange products, such as water, and other soft drinks. By buying these products know who you are sponsoring.

Rwanda is a highly decentralized country but once again extremely centralized. The ruling party keeps a tight lip on decentralized entities so as to ensure that these RPF extended parties (PL, PSD, PPC etc.) remain at national level. This is vividly supported by the fact that at all levels, the ruling party is the only one represented. All District Mayors are RPF members and 97% of them are demobilized, former Rwanda Defense Forces members. These are people soon after the end of war were rewarded, but most importantly instructed to represent the ruling party in their respective Districts. Normally in our case you find that someone comes from other province to head a local entity such as a cell. In such a situation what is needed is not only heading the entity but to militantly represent the ruling party in such area. Even though the ruling party has been using government resources (though it is hard to differentiate what belongs to RPF and what belongs to the State) such as using government’s cars and buses (these were donated by the government of Japan) these mayors and villages heads have been working around the clock to ensure that people attend in their thousands. This has also been made possible because the party has been telling cars owner that those who attend must get fuel for free. Apart from having the curiosity (people) of seeing who is their president (normally the president do not usually travel up country), village heads (these are chairman of the party and influential people at grassroots level) have been telling people that on top of transport they will get T-shirts!!! To a peasant who buys a T-Shirt once a year this is a single occasion s/he can not afford to miss. Indeed people attend because they do not want to be seen as rebels to the party which is capable of closing all. Those in business centers must close, and failure to do so attracts higher penalties which may include indefinite closure, high taxes etc. Mayors must mobilize people because in case of failure no excuse. So imagine all 30 districts and 418 sectors as well as thousands of villages being headed by RPF members who must unstintingly sing the same jingle.


The other factor is that people knows their regime, a regime that kills, thus for example those in the North (the currently highly populated region) know well what happened to them during the period of 1996-1998. These people were thought an unforgettable lesson and they do not want to be seen as unyielding to this machiavellian regime. They know that coming in their thousand makes him (Kagame) happier. Lastly all are possible because there are no clear and legitimate contestants. And people comply because they know whoever comes with different views is put on death row. I remember when I was in rural area people said “A woman we were supposed to vote for has been imprisoned (referring to Victoire Ingabire of FDU-INKINGI).


People’s views on this electoral project


When you approach the ordinary people, it is when you realize that in reality the ruling party has no committed supporters. People do not see why they have to highly contribute their hard earn money whereas there is no clear challenger. Those contributors like at National Public Prosecution Authority officers headed by Martin Ngoga (the National Prosecutor) who contributed 30 000 RWF (US 60) each to primary school teachers they are all mourning. And these are people who contributed less. Others contributed millions of Rwandan Francs so as to guarantee their businesses a longer life span. People do not see the reason of inviting musicians like the Congolese Kofi Olomide while there are no beds for patients in the hospitals. You can go and verify what is happening at CHUK (the main Hospital in Rwanda in Kigali City) talk secretly to nurses and see how in urgency people are dying on concrete floor without even blankets. We are told that basic education is free, but go and ask people whenever you want; they will tell you that now, it is the time they are paying through the nose. Look at schools, no textbooks no teachers and look at meager salary of the teachers and look at the staggering amount the party is dishing out in unaccountable way. All in all Rwandese due to different circumstances they went through they know how to deceive their leaders. They show you that you are second to none. But when time arrives it is hard to understand. That is our political culture, of being docile in front of a killer. However I strongly believe that if political tolerance does not become our daily wish, the regime continues with these mischievous and certainly false shows, and the international community remains silent, this crowd which is falsely singing “vote for Kagame” might be the same crowd testifying against him on his way down.


Why people are expected to vote massively?


We usually know that people surely will come and vote in their thousands. But why? This is because people know that having this voting card means a lot to them. You can’t be denied administrative services, jobs and at a higher extreme, it can replace the National Identification Card. Having this card means that you are a true citizen who cherish dearly the principles of the ruling party. And those who do not have such a card are normally considered as having genocide ideology, divisionists, and member of the FDLR whose destination must be 1930 (the oldest and main national prison located in capital city Kigali) after Martin Ngoga has made a photocopy of Me Bernard Ntaganda’s charges. But why here in Rwanda all charges crafted against our politicians are the same? I need your answer.


What if another seven year term is of firmly keeping the lid on dissent? The pot will continue boiling. You and I we can change the tide, so join those who do not mince their words when denouncing the evil. Why do we have to seat down while our innocent brothers and sisters are being rotten in prisons? Get UP!!!!! Why is the UK Department for International Development (DFID) still sponsoring the regime’s instruments such as the High Media Council?? Freedom Now!!!!!


MANY THANKS TO YOU VICTOIRE INGABIRE UMUHOZA, BERNARD NTAGANDA AND FRANK HABINEZA FOR YOUR ACTIONS!!!!! ! !!!!


Rwanda: Attacks on Freedom of Expression, Association, and Assembly in the Run-up to Presidential Elections


Kagame will be Rwanda's next president. Then what? 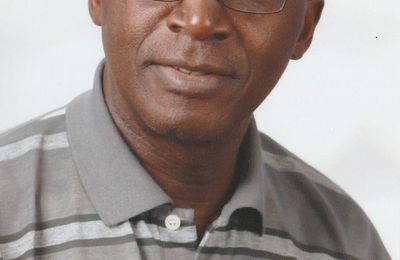