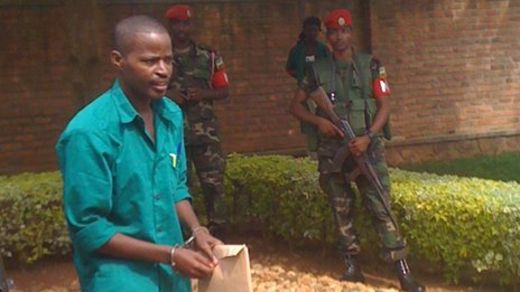 One of the Rwandan president's former bodyguards, Joel Mutabazi, is refusing to be tried for alleged terrorism.

He told the court he has no faith in Rwanda's justice and that he had been illegally extradited from Uganda.

Mr Mutabazi and 15 others are accused of plotting attacks and could face life sentences. Most deny the charges.

Meanwhile, UN special rapporteur Maina Kiai told the BBC that most politicians who are openly critical of the government end up in legal trouble.

But earlier this year, following the apparent murder of a prominent dissident in South Africa, the president warned. "There are consequences for betraying your country." 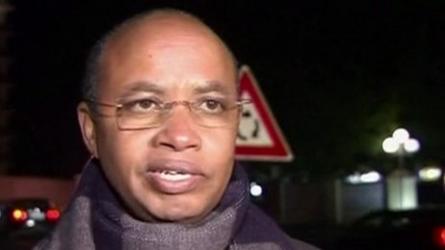 Mr Mutabazi is facing eight charges including terrorism, formation of an armed group, murder and illegal possession of firearms.

Among the other accused are several members of the opposition Rwandan National Congress (RNC) and eight students.

The BBC's Prudent Nsengiyumva in Kigali says many in Rwanda feel this is a political trial, even though it is not clear whether Mr Mutabazi himself is linked to an opposition party.

Mr Mutabazi fled to Uganda in 2011, claiming his life was in danger in Rwanda, but the Ugandan authorities transferred him back to Kigali at the end of last year.

The UN refugee agency (UNHCR) has condemned Kampala's decision to extradite him as a "clear violation of the asylum principle".

Appearing in court, he pleaded not guilty and said he would not take part in the trial.

''I'm not ready to give an explanation to the court on the charges against me because I'm not convinced of the legality of my transfer to Rwanda," he told the judges.

"I was a refugee. I don't have faith in Rwanda's justice."

One of the founders of the RNC, Patrick Karegeya, was found dead in his Johannesburg hotel room earlier this month.

His supporters say he was killed by government agents - charges denied by Kigali.

On Monday, the UN special rapporteur to Rwanda said the prosecution of politicians who disagreed with Mr Kagame's "consensus politics" sent a "chilling and unacceptable message that peaceful public disagreement with the government is equivalent to criminality".

He noted that they had been charged with links to violence or corruption, reports the Reuters news agency.

Mr Kiai, speaking after a week-long visit to Rwanda, told the BBC's Newsday programme that he had met one young man who had been jailed for six years after discussing politics in a bar.

He said he had raised the case, and others, with the government.

Mr Kagame and his allies say that after the 1994 genocide, Rwanda needs "consensus politics" to prevent a return to ethnic conflict.