On June 10, 2011  General Paul Kagame, President of Rwanda,  was in Chicago, Illinois, United States of America. Surrounded by thousands of  Rwandan government paid supporters,  he appeared to preach to the choir. Introduced by American Civil Rights leader  Reverend Jesse Jackson and surrounded by Joe Ritchie,  the Chicago Magnate, Rwandan Honorary Consul, and Advisor to the Rwandan President, General Paul Kagame touted  his vision of the new Rwanda before the seemingly enthusiastic Rwandan diaspora.  Economic success is an area where General Paul Kagame feels comfortable. However, while Paul Kagame supporters prefer to focus on  apparent economic advances the country has made since he took office, they avoid to open the can of worms. The lack of political space and the rampant  repression have engulfed  the tiny country in Central Africa so much that most of the major human rights organization and international media have been sounding an alarm for the last years. Thus, while Rwandan alleged assassins  roam  Western countries, Paul Kagame  is globetrotting Western capitals playing both the victim  and the unsung hero card.

Recently, several  media outlets have exposed how General Paul Kagame’s operatives have been targeting opponents around the World,  especially in Europe and America (The Independent (UK), June 9/11) . One piece of the most publicized news came from the UK where it was reported that  British security services had warned two Rwandan  refugees of being in imminent danger. With the warnings, the British security services advised  the concerned individuals to take appropriate measures for their own security. Meanwhile, it was subsequently reported that one of Rwandan intelligence operatives based in Europe was intercepted by the British services on May 13, 2011 when he was about to cross the border at Folkestone  Eurotunnel Terminal. The individual arrested by the British Police held one the rank of lieutenant in the Rwanda Patriotic Army (RPA), the armed wing of the ruling Rwandan Patriotic Front (RPF),  General Paul Kagame’s political party. He was then an intelligence officer. When the incidents in the UK were investigated further, it was discovered that  Paul Kagame’s operatives have been active for years in the rest of Europe especially Belgium, the Netherlands, and Scandinavia. It was subsequently reported that one of such cells is allegedly based in France where it has been terrorizing and spying on political opponents and former RPF/RPA members, who defected and fled to Europe.
From sources in France, two former  RPA officers are under the watch of  the French police and security services. They are suspected of being part of General Paul Kagame’s hit  squads operating in France. The suspected individuals are former Sgt. Jean Bosco Sasita and  Second Lt. John Bosco Murenzi. Both individuals served in the RPA before allegedly becoming “refugees of convenience” and subsequently landing in France, according to the sources.  AfroAmerica Network has also obtained from the sources surveillance pictures of the two individuals (see pictures, Sgt Jean Bosco Sasita on the right and Second Lt John Bosco Murenzi of the left).

Originally from Runda in formerly Gitarama Prefecture, Sgt Jean Bosco Sasita was a member of RPA and worked in G3 division as a military accountant.  He subsequently fled to Uganda where he joined the Rassemblement du Peuple Rwandais (RPR-Inkeragutabara), a political party that includes mainly  former RPF/RPA members that initially fled to Uganda before crossing into the Democratic Republic of the Congo. He later became the spokesperson of that organization. According the RPR members contacted by AfroAmerica Network,  the RPR members found out that Jean Bosco Sasita, while an active RPR member,  had started  working for the Rwandan intelligence services.  When the RPR members started having problems in Uganda, he managed to disappear with the help of Rwandan Intelligence services and ended up in France where he applied and obtained a  refugee status.  Back in Rwanda,  Sgt Jean Bosco Sasita was accused of massively and actively participating in the killings of his neighbors when RPF/RPA took power in 1994.

AfroAmerica Network contacted former RPA officers who defected to understand the role of such operatives. According to the sources, among others assignments, individuals in these hit squads are supposed to identify, harass, and plant allegations against political opponents to the Paul Kagame and the Rwandan regime.  The operatives also allegedly try to carry out special operations such as assassinations of who ever is deemed to be an obstacle to the current regime. They also appear to conduct  specific missions to target their former companions in order to prevent them from giving testimonies on  RPF/RPA and General Paul Kagame’s crimes. The purpose of the harassment and intimidations is to prevent anyone, especially former RPA insiders from disclosing the crimes committed by  Paul Kagame and his troops and hence challenging  the narrative of the Rwanda political discourse since 1990.
The recent discovery of these networks of Rwandan assassins  and  hit squads appear to have sent a wave of fear among the Rwandan exiled community, especially those who have been trying to present the other side of the current Rwandan regime accused of brutal repression and assassination of opponents, lack of basic human rights such as freedom of opinion and association of its citizens.

AfroAmerica Network is working on several leads and will share with the readers more facts on operations that General Paul Kagame’s services are waging against  Rwandan political opponents in both Europe and North America. 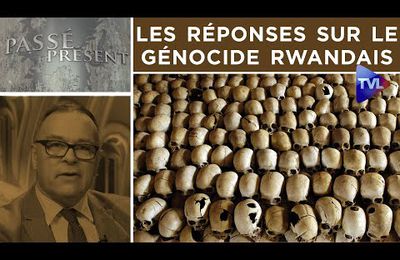