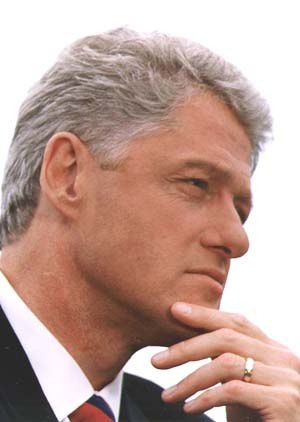 US chose to ignore Rwandan genocide

President Bill Clinton's administration knew Rwanda was being engulfed by genocide in April 1994 but buried the information to justify its inaction, according to classified documents made available for the first time.
Senior officials privately used the word genocide within 16 days of the start of the killings, but chose not to do so publicly because the president had already decided not to intervene.

Intelligence reports obtained using the US Freedom of Information Act show the cabinet and almost certainly the president had been told of a planned "final solution to eliminate all Tutsis" before the slaughter reached its peak.

It took Hutu death squads three months from April 6 to murder an estimated 800,000 Tutsis and moderate Hutus and at each stage accurate, detailed reports were reaching Washington's top policymakers.

The documents undermine claims by Mr Clinton and his senior officials that they did not fully appreciate the scale and speed of the killings.

"It's powerful proof that they knew," said Alison des Forges, a Human Rights Watch researcher and authority on the genocide.

The National Security Archive, an independent non-governmental research institute based in Washington DC, went to court to obtain the material.

It discovered that the CIA's national intelligence daily, a secret briefing circulated to Mr Clinton, the then vice-president, Al Gore, and hundreds of senior officials, included almost daily reports on Rwanda. One, dated April 23, said rebels would continue fighting to "stop the genocide, which ... is spreading south".

Three days later the state department's intelligence briefing for former secretary of state Warren Christopher and other officials noted "genocide and partition" and reported declarations of a "final solution to eliminate all Tutsis".

However, the administration did not publicly use the word genocide until May 25 and even then diluted its impact by saying "acts of genocide".

Ms Des Forges said: "They feared this word would generate public opinion which would demand some sort of action and they didn't want to act. It was a very pragmatic determination."

The administration did not want to repeat the fiasco of US intervention in Somalia, where US troops became sucked into fighting. It also felt the US had no interests in Rwanda, a small central African country with no minerals or strategic value.

William Ferroggiaro, of the National Security Archive, said the system had worked. "Diplomats, intelligence agencies, defence and military officials - even aid workers - provided timely information up the chain," he said.

"That the Clinton administration decided against intervention at any level was not for lack of knowledge of what was happening in Rwanda."

Many analysts and historians fault Washington and other western capitals not just for failing to support the token force of overwhelmed UN peacekeepers but for failing to speak out more forcefully during the slaughter.

Some of the Hutu extremists orchestrating events might have heeded such warnings, they have suggested.

Mr Clinton has apologised for those failures but the declassified documents undermine his defence of ignorance. "The level of US intelligence is really amazing," said Mr Ferroggiaro. "A vast array of information was available."

On a visit to the Rwandan capital, Kigali, in 1998 Mr Clinton apologised for not acting quickly enough or immediately calling the crimes genocide.

In what was widely seen as an attempt to diminish his responsibility, he said: "It may seem strange to you here, especially the many of you who lost members of your family, but all over the world there were people like me sitting in offices, day after day after day, who did not fully appreciate the depth and speed with which you were being engulfed by this unimaginable terror."

A spokesperson for the William Jefferson Clinton Foundation in New York said the allegations would be relayed to the former president.

" The significant problems we face cannot be solved by the same level of thinking that created them. " Albert Einstein