US Salutes Burundi for Peaceful Elections and Democratic Transfer of Power - 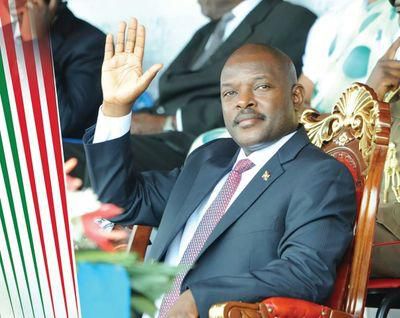 The United States has commended the government of Burundi for holding a peaceful and democratic transfer of power. The US powerful Secretary of Department of State Mike Pompeo in a statement says ...

The US powerful Secretary of Department of State Mike Pompeo in a statement says the US acknowledges the Burundian Constitutional Court’s certification of Evariste Ndayishimiye as the next President of Burundi.

“We encourage the new government to include a broad representation of political stakeholders. As steadfast supporters of democracy, we call on the government to address reports of electoral fraud and investigate and pursue accountability for all allegations of voter intimidation before, during, and after the elections” Statement reads.

It adds “We also urge the release of any authorized party representatives and other election observers who were unjustly detained or arrested for engaging in election observation activities, including possessing voting information after polling stations closed, to promote electoral transparency”.

“A swift resolution, in accordance with existing laws and procedures, will help reassure the Burundian people of the new government’s commitment to strengthen respect for the rule of law and allow all its citizens to participate fully and equally in the electoral process”.

“The United States salutes the people of Burundi for their resolve for a peaceful ‎transfer of power. We also recognize outgoing President Pierre Nkurunziza’s commitment to a peaceful transition. Should it occur, this will be a historic moment for the people of Burundi, as it will represent the first time in Burundi’s modern history that a government came into power peacefully and also peacefully transitioned to a new president-elect”.

“The United States looks forward to working with President-elect Ndayishimiye and the new government to strengthen the rule of law and democratic institutions, improve citizen-responsive governance, promote prosperity, and safeguard regional and global security”