We the undersigned political organisations,  civil society organisations, community and opinion leaders are writing to appeal to you, to use your influence to end impunity in Rwanda, by ensuring that there is a thorough, independent investigation into the death in Police custody of Kizito Mihigo and that culprits are brought to book. It is the most practical way to stop Rwanda sliding into hell again. There is no better sign of this descent to hell than the alleged murder of a survivor of genocide, icon of national reconciliation, very talented, peaceful and loving young Kizito Mihigo.

Kizito Mihigo fell out with the government because of messages of reconciliation that did not fit into the official script. He used his songs to tell other victims of Tutsi genocide, to avoid destructive anger but to rather channel that energy into positive action of improving their own lives through education and economic wellbeing. He preached empathy for the victims of other crimes like war crimes and crimes against humanity, which implied victims of crimes committed by the RPF. He called Tutsi genocide a national tragedy and called on all Rwandans to turn their grief into a fertile ground for a prosperous future.

While we remember the popular Kizito Mihigo, we need to recall that there are many other extraordinary souls imbued with a spirit of forgiveness who have fallen victims of the regime. They are typified by Mr Jean Paul Mwiseneza aka Nyamata, another genocide survivor. Jean Paul Mwiseneza aka Nyamata, with scars of machete cuts still showing on his face was a prison warden at Mageragere prison. He was very much loved by inmates for his humanity towards everyone including those accused of genocide or harbouring genocide ideology. He was stabbed and beheaded on June 10, 2019 by people suspected to be security agents. It is alleged that he was punished after he was heard giving a negative account of the handling of an alleged riot at Mageragere prison.  At his burial, his liner manager made a statement saying that he should have known who he is, what he was saying and where he was saying it.

These conciliatory messages contradict the official message to survivors of genocide that more genocides are being planned and that survivors need to be always prepared and on alert. In an address to the association of Tutsi students survivors of genocide (AERG), General James Kabarebe presidential advisor on security matters on November 13, 2019 warned them against permanent threat of new genocides being planned by the Hutu, singling Hutu youth: “All this time they have been reorganising. They have new blood, they have a new thinking, new ways of doing things, they also access to the new technology that you have access to, you are fighting on the same ground and some of them are even here….  The problem is that their way of thinking is similar to the thinking of their parents, that is to destroy the country”.

For long the international community looked on when the regime in Rwanda was committing serious international crimes including two invasions of a neighbouring country DR of Congo leading to the death of more than 6 million lives that the regime is not worried about the consequences of the elimination one “errand” singer like Kizito Mihigo or a few others.  Sadly, as Professor Filip Reyntjens rightly pointed out 16 years ago “by indulging in wishful thinking, the international community is taking an enormous risk and assuming a grave responsibility. While it is understandable that the ‘genocide credit’ and the logic of ‘good guys and bad guys’ should have inspired a particular understanding of a regime born out of the genocide, this complacent attitude has incrementally, step by step, contributed to a situation that may well be irreversible and that contains seeds for massive new violence in the medium or long run”. Prof.  F. Reyntjens African Affairs, Vol. 103, No. 411, April 2004, pp. 208-9 .  This is a stark and bitter reminder of 1994 when the international community looked on when genocide against Tutsi started.

For ease of reference about the impunity enjoyed by the RPF regime, we may mention a few high-profile crimes reported by UN agencies:

What is happening today is a logical behaviour pattern in dictatorship when the dictator gets obsessed with power. The modus operandi is violent repression against any real or imaginary enemy, and he tends to claim victimhood to justify an aggressive foreign policy. And indeed, if Kizito Mihigo, a survivor of genocide, can be killed for his reconciliation message who will survive?

The Kigali regime has tested the world public opinion by committing heinous crimes and going away with it. Consequently, it finds the elimination of young Kizito Mihigo a lesser evil. When influential Hutus were being killed, people looked aside because the propaganda machinery had made it look like every influential Hutu is genocidaire, planner or an accomplice. When the regime turned against former comrades in arms, Tutsi, the world looked away because it was seen as mere internal power struggle or that these were renegades who were against national reconciliation or had stolen money as the government claimed. The international community acquiesced under the excuse that Rwanda needed a strongman to fix a failed state borne out of genocide, applying a customised democracy not western democracy. When the regime turned against survivors of Tutsi genocide, people did not notice or were in denial because the victor’s solemn oath was to protect survivors of genocide. It was not until Ms Diane Rwigara, presidential hopeful in 2017 elections wrote a letter to President Kagame in July 2019 in which she gives a list of more than 40 survivors of genocide, most of whom were opinion leaders in their community or prominent businessmen, allegedly killed by the secret services that people started to come out of their dream about the RPF regime. The death of Mr Kizito Mihigo, a shining light for reconciliation, put more spotlight on the plight of survivors of Tutsi genocide but also on the slippery path that Rwanda is taking to a potentially new human catastrophe.

The death of Mihigo Kizito, a survivor of genocide, apolitical, simply preaching genuine national reconciliation should awaken all peace loving people especially those who are influential to come out and stop Rwanda descending into hell again by using your political, diplomatic and financial leverage to tell President Kagame to stop killing his people. As a first step, we appeal to you to demand thorough, independent investigation into the death in Police custody of Kizito Mihigo and that culprits are brought to book.

We call on the international community and particularly donors to rein on President Kagame to end these senseless killings of innocent citizens who do not toe the government line.  We ask them to make aid conditional to the respect for individual rights and freedoms of Rwandans. The lead on this action by the US government and the United Kingdom would bring a difference. “Rwandans need more than guilt money. “Donors should not give money blindly because they may end up feeling guilty again” .

We believe that the long-term peace and development of Rwanda can only come through a system of governance agreed upon through a highly inclusive dialogue between the RPF regime and all stakeholders, and not through repression inside and outside of Rwanda. However, the immediate step is to stop senseless killings through a stronger action than wishful thinking that the regime will see reason and stop. 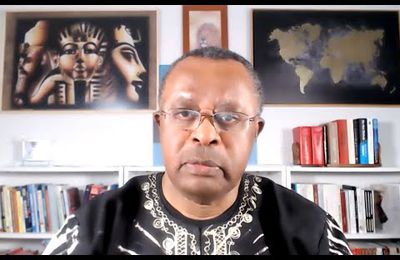