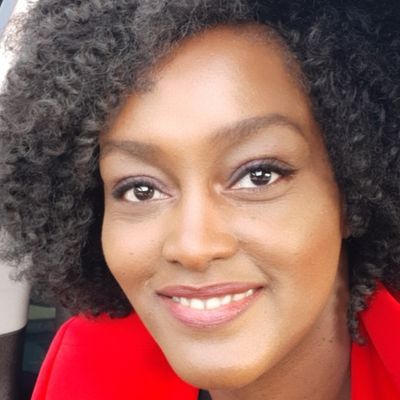 After RPA (Rwandan Patriotic Army) victory in Rwanda in July 1994, two million Rwandans, fled to surrounding countries and the estimated 1.1 million ended up in Congo (Zaire at that time). These refugees settled in camps, in eastern Zaire, where they were looked after by various humanitarian organizations. These camps were home to more than 800,000 refugees, mainly Hutus from Rwanda.

From Oct 1996 to May 1997, The Tutsi dominated RPA troops invaded Zaire backed by Congolese rebels of AFDL. Refugee camps were first to be attacked and massacres were committed costing lives of estimated 6800-8000 refugees in the first few days of those attacks and forced many others back to Rwanda.

It was reported that Refugees who were forced to return to Rwanda, were massacred Hutus in batches of tens, hundreds and sometimes thousands. The major killings of innocent population inside Rwanda occurred Kibeho on 22nd April 1995 where between 4,000 and 8,000 were killed in presence of UN peacekeepers.

In Congo, Refugees who survived early attacks but didn’t return to Rwanda fled towards inner Zaire, they were hunted down within Congolese dense forests from East to West and systematically massacred. Mainly who were killed during children, women, elderly and those who were sick.

Several reports and research revealed and describe in detail the heart-wrenching and horrible treatments those fleeing refugees experienced when they were caught by pursuing RPF troops and their allies. Here are some of them.

“Infusing syringes of Kerosene into ears. Covering individuals with plastic packs. Gagging with ropes and lines. Spearing ladies and girls with tools. Utilizing agafuni -the RPF’s war hammer- to split skulls and spill mind matter out like porridge. Shooting ladies and youngsters in the back. Forcing people to dig their very own graves”.

RPF troopers released automatic weapons and rocket-moved projectiles on Kibeho, a dislodging camp having a huge number of Hutus, in April 1995—a horrifying assault where 4,000 Hutus are said to have been slaughtered before UN peacekeepers and human rights monitors. (Rever, 2018).

Ladies were additionally tormented and exposed to mutilation, especially sexual, during these slaughters. Children and Grownups were killed indiscriminately, in some cases in especially pitiless ways, with blows from axes or with their head crushed against a divider or tree trunk. Others were reported for burned alive in their homes, alongside their families (OHCHR, 2010, p.329).

Furthermore, several witnesses and survivors confirmed that all the attacks were targeted against Hutu ethnic group regardless of their nationality or gender. Even Congolese Hutus and Burundian Hutu refugees were also stand victim of such atrocities hence proved that it was all against Hutu. Some reports also mentioned that systematic use of barriers by AFDL and RPA allowed them to identify origin of victims and separated them for execution.

Cruelty was brought on to the next level by attacking forces when victims were kept deprived of the humanitarian aid and food by making it impossible for humanitarian agencies to provide any kind of help for the victims.

The identities of leading officers and strategists may have been intentionally hidden by the RPA and ADFL in order to protect those responsible for war crimes. Testimonies taken in reveals that the perpetrators of killings were from ethnic groups of ‘Rwandan Ugandan, Burundian’ and languages spoken by these perpetrators also backed this evidence.

Since all the incidents and evidences clearly reveals that it was the intent of ADFL to target and eliminate each last member of the Hutu ethnic group.

After looking at existing evidences, research conducted in this matter, previous reports by various organisations including the UN and initial work conducted at the Global Campaign for Human Rights, human rights advocates, survivors and other experts from across the world on 7th October 2019 recognized in a declaration, that all the elements of these killings of Hutu people in Rwanda and in Congo sufficiently constitute a crime of genocide in the line of 1948 genocide convention.

The signatories of the declaration call upon relevant international community to fulfil their obligations under genocide convention including establishment of a suitable justice instruments that will look bring justice to victims, protect survivors that are still being hunted in Congo as well as ensuring that those crimes would never happen again.

There have been continuing efforts to conceal, deny and minimize this crime of genocide committed against Hutus, nevertheless this recent declaration on its recognition will bring it back at the spotlight of national, regional and international communities which should led to appropriate and relevant actions by relevant authorities.

Rwanda cannot build a sustainable future without an honest recognition of its history in full, and appropriately addresses grievances of all sections of its society. It is also essential to integrate this genocide in collective history of humankind.

Genocide against the Hutus: Another Rwandan dark history put on spotlight

By Denise Zaneza After RPA (Rwandan Patriotic Army) victory in Rwanda in July 1994, two million Rwandans, fled to surrounding countries and the estimated