The National Liberation Front have confirmed that General Paul Kagame commanded his Special Forces to conduct ambushes operations against tourists.

PRESS RELEASE No. 2019/03/21
The National Liberation Front have confirmed that General Paul Kagame commanded his Special Forces to conduct ambushes operations against tourists, civilians’ populations conducting their day-day businesses, night attacks on boarding schools and also those involved in night patrols (amarondo) with the objective of shifting the blame on FLN forces in order to demonise our forces among Rwandans and the International community.
Furthermore, trusted sources indicate that he has also instructed his security forces to deny access to international and independent journalists into Nyungwe National Park and its surroundings. The same sources reveal that it is prohibited for both residents and local authorities to share any information regarding ongoing military operations in that area.
Consequently, the National Liberation Front (FLN) informs all Rwandans, specifically those in tourism, transport and logistics businesses, those with children at boarding schools in the South and Western provinces and the International Community of the following:
• General Paul Kagame and his Security forces have intensified their military presence and hostilities in the Southwest of Rwanda including but not limited to the following regions: Nyaruguru, Nyamagabe, Rusizi, Karongi and Nyungwe National park, hence as of today, the 21st of March 2019, the FLN considers this area as a MILITARISED ZONE.
• All touristic activities in Nyungwe National Park are no longer safe hence strongly prohibited.
• The RN6 (Kigali-Nyamagabe-Rusizi) and Karongi-Nyamasheke-Rusizi routes/roads are effectively closed to any form of movements.
• All local night patrols (Amarondo) by civilians are to immediately stop.
We call upon the United Nation’s Security Council (UNSC) to put diplomatic pressure on General Paul Kagame and his armed forces to unconditionally stop their ongoing killings and tortures of people residing in the Militarised Zones and establish an independent inquiry unto these acts of impunity against Rwandans..
In the interest of civilians’ safety and their properties, the FLN strongly advise against travelling in the South and Western provinces.
We ask all Rwandans and those visiting Rwanda to stay calm; however, stay away from MILITARISED ZONE mentioned above.
Done at Nyabimata, March 21rst, 2019
Maj. Callixte N. SANKARA
FLN Spokesperson
http://www.mrcd-ubumwe.org Twitter: @MUbumwe
Article précédent Article suivant
Retour à l'accueil
Partager cet article 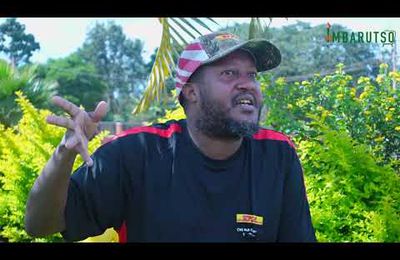