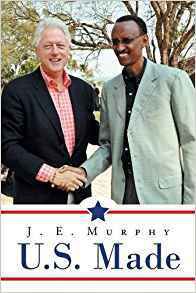 Kibeho massacre : “On April 22, 1995, RPA troops used all sort of arms, killing people in the camp. Few thousands survived the carnage that decimated the population of the camp. Thousands and thousands of corps were loaded in trucks and burned to ashes.”

Mudende massacre: “The same scenario occurred in Kanama (Gisenyi, NDLR), where civilians took refuge in caves in that area to escape the killings of RPA but were all bombarded, and none of them escaped from those caves. In October 24 to 27, 1997, up to ten thousand civilians were massacred in those caves in Kanama.

Madeleine Albright, the then Secretary of state, had to visit Rwanda and wanted to see atrocities that occurred in the caves of Kanama, mainly because the international community was shocked and horrified by the ferocity used by RPA troops by killing unarmed civilians; however, the Kagame government had to divert the anger of the US to something else, to keep the Clinton government on its side.

A night before the arrival of Albright in Kigali, RPA troops mercilessly attacked the refugee camp of Mudende, where the ethnic Banyamurenge[1] and Bagogwe[2] were living to escape attacks of Hutu militias that infiltrated Rwanda from Congo, killing Tutsi on their ways. The RPA troops ferociously killed those refugees (Tutsi refugees, NDRL) randomly without mercy for women and children because they wanted to prove the ruthlessness of Hutu militias to Secretary Albright. Rwandan officials showed her the aftermath of the carnage they pretended to be committed by Hutu. That what she saw and believed, and she could not ask for what occurred in Kanama.

The perpetrators of those massacres were put under house arrest for some months, then released without any trial because they complied to Kagame’s orders to kill”.

[1] Banyamulenge are Tutsi refugees from Zaïre

[1] Bagogwe are Tutsi from Gisenyi