Filming a political dissident who has been the target of four assassination attempts presents some difficulties. Once President Kagame’s right-hand man, General Kayumba Nyamwasa is now seen by many as one of the few people who could present a credible threat to Rwanda’s leader. The Rwandan Government has denied any link to the attempts on Nyamwasa’s life but the General has no doubt as to who is responsible. The Judge sentencing the men accused of the last attempt on his life concluded that the attack was ‘politically motivated’ and emanated 'from a certain group of people from Rwanda'.

Firstly we had to assume that his e-mails and phone calls we being monitored by both the Rwandans and the South African authorities who have given him asylum and were providing him with protection. This meant trying to organise a meeting with a man who cannot tell you directly where or exactly when to meet. Consequently, from the first moment I spoke to Nyamwasa in December 2013 to our meeting in the spring of 2014, communications relied upon a necessarily torturous and opaque loop via a myriad of intermediaries discussing his willingness to be met and talk on camera.

As dates were being locked down and time was running out promises in principle had to be replaced with a commitment but after the recent assassination of Patrick Karegeya, General Nyamwasa’s closest dissident ally in South Africa, the General and his guards were extremely cautious. We finally received word after weeks of waiting that one forty-eight hour window was possible. We flew to South Africa. It was our only chance. We were given a mobile number and I was told to ring when we arrived. We knew nothing more than to be in Johannesburg and to ring by 11am and everything would fall into place. We did not sleep on the flight through a mixture of anxiety that we were finally meeting a key interviewee and the awareness that our only link with him was a single phone number. On arrival we couldn’t even tell our driver where we were going. I rigged the camera anticipating an immediate start. I rang the number and it went to an answer phone, I rang three more times in succession and nothing.

Reporter Jane Corbin and I decided to head downtown to film links for the film, material to cut in and set up the interview. Seven hours passed from our agreed time to call. The evening drew in. Ten messages left and no response. As we finished our last set up, the hesitant voice of one of Nymwasa’s people confirmed the interview could go ahead the next day. Strict security was insisted upon; we had to wait in an anonymous suburban car park, we couldn’t have any security guards, our identities were checked, we then had to follow a car along miles of motorway and city streets to ensure we were not being followed until we arrived at a deserted hotel surrounded by razor wire with armed body guards in every bush and doorway. Curtains were closed and we began our interview. Over the next 12 weeks we crossed three continents to interview 12 people in total.

But it was our last interviewee in that really stuck with me. She had never spoken publicly at length about her experiences. Marie Bamutese was one of hundreds of thousands of Hutu refugees brutalized and chased across Rwanda and into the Congo by forces allied to Paul Kagame. I had contacted her husband, Peter Verlinden about access to television archive material. In passing he mentioned that Marie had briefly appeared on Flemish television describing her ordeal, which Peter had described in his book on the war. I asked if she would be prepared to do a full interview about her experiences. Such were the horrors she had experienced that Marie was afraid of recounting them publicly particularly in a foreign third language, English. She was fearful that she would not be able to accurately communicate exactly what happened to her but wanted to go ahead with the interview.

We met at our hotel. Marie sent Peter away; she wanted to tell this story alone. The story was so awful and extreme that she had only recently told Peter the full detail of what she was about to tell us, years after being smuggled out of the Congo. He did not hear it again and she did not need him to witness her telling it. We decided with Marie that she should speak in French; she would be able to more freely express herself and be certain that she said what she meant. The interview was one awful account of death and torture after another. Marie was just a young girl when she witnessed the repeated bombing of Hutu refugee camps by Kagame’s artillery and the remains of Hutu refugees piled upon one another forming a hillside. She saw her own grandmother die of physical and moral exhaustion in front of her and her mother cry inconsolably. Marie could not hold her own tears back when she told us how her own seven year old cousin, Elodie, died on her back as she carried her though the forests to escape the massacres. She described how death had become a friend, the only constant and certain thing around her in the hell of the Congolese forests. She broke down again when she remembered how her own mother was forced to do a deal with a local family; her daughter Marie would be raped in exchange for the family’s safety. By the end of the interview Marie’s tears had been replaced by anger and by what seemed to be cathartic relief. She was anxious to ensure that people knew that massacres were committed by all sides - including Kagame’s Rwandan Patriotic Front, who until today have been viewed largely as the heroes of 1994. The family members Marie lost in the Congo were amongst the estimated 5 million people who died in the African wars which followed the Rwandan genocide of 1994. 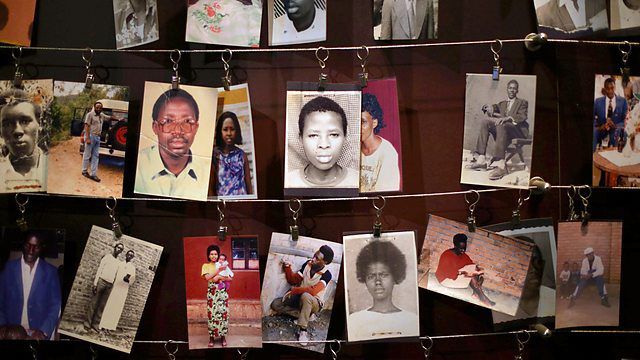 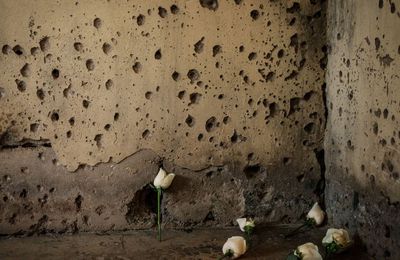