Rwandan President Paul Kagame’s newspaper, The New Times of Rwanda, has called on the International Criminal Court (ICC) to indict the BBC for “genocide denial” because of its documentary, “Rwanda: The Untold Story.” 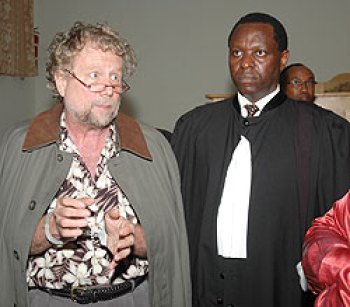 KPFA Evening News Anchor Cameron Jones: The BBC documentary, “Rwanda: The Untold Story,” has become the subject of fierce argument including many open letters to the BBC both applauding and attacking it. Paul Kagame accused the BBC of “genocide denial” and his state newspaper, The New Times, even called on the International Criminal Court to indict the network and/or its producers.

KPFA’s Ann Garrison spoke to international criminal defense attorney Peter Erlinder, who was arrested for “genocide denial” and thrown in a Rwandan prison in 2010, until an international campaign for his release prevailed.

KPFA/Ann Garrison: Peter Erlinder, “genocide denial” sounds like a pretty bad crime, just as any crime including the word “genocide” does. Could you explain what it means in this context? 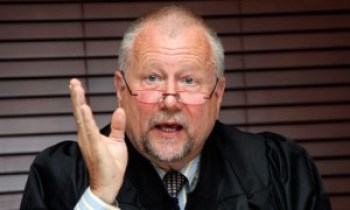 And the BBC’s description of what happened during the four years of the Rwandan Civil War and the 20 years after, which include 5 million or more deaths in the Congo and in Rwanda, is called genocide denial by the Rwandan government.

KPFA: Genocide denial is outside the mandate of the International Criminal Court, isn’t it? They’re mandated to prosecute war crimes, genocide and crimes against humanity?

Peter Erlinder: Yeah, the mandate of the International Criminal Court is to punish actions, not to punish thoughts. And genocide denial, of course, is a thought crime. And the question of what genocide denial actually is is one that is very difficult to sort out because it depends on one’s view of history, and in this case it’s the victors in the war, in the Rwandan war, that are deciding what the genocide was and how it took place. 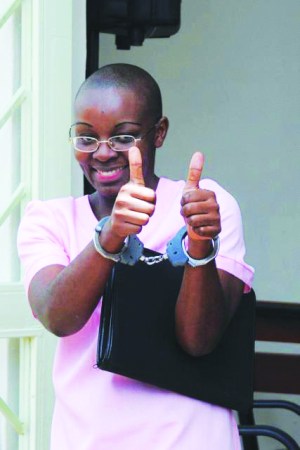 Victoire Ingabire, despite being in handcuffs for “genocide denial,” gives a thumbs up to her supporters outside a Rwandan courtroom on April 17, 2012.

Certainly there was mass violence, but the way the mass violence took place was different than the way that it’s described by those who won the war. And Robert McNamara, the United States’ secretary of state, in a documentary called “The Fog of War,” made that point very clear, saying that leaders of the United States would have been the war criminals had the Japanese won World War II.

KPFA: Doesn’t President Kagame’s newspaper seem a bit confused about the balance of institutional force in suggesting that the ICC should indict the BBC?

Peter Erlinder: Well, it seems to me that it’s consistent with the policy of President Kagame and the RPF (Rwandan Patriotic Front) government, which is to mount the maximum political attack against anyone who disagrees with Mr. Kagame. Political opponents like Victoire Ingabire, who attempted to run against him in the election in 2010. Victoire Ingabire is in prison now for at least 15 years.

There’s a long list of opponents who have been assassinated or forced into exile, and the idea that opponents of Mr. Kagame’s view of history, or of politics, pay a high price is now being felt by the BBC. And to suggest that an august journalistic institution like the BBC is engaged in “genocide denial” is almost laughable.

KPFA: And that was international criminal defense attorney Peter Erlinder on The New Times of Rwanda’s call for the ICC to indict the BBC for “genocide denial.”